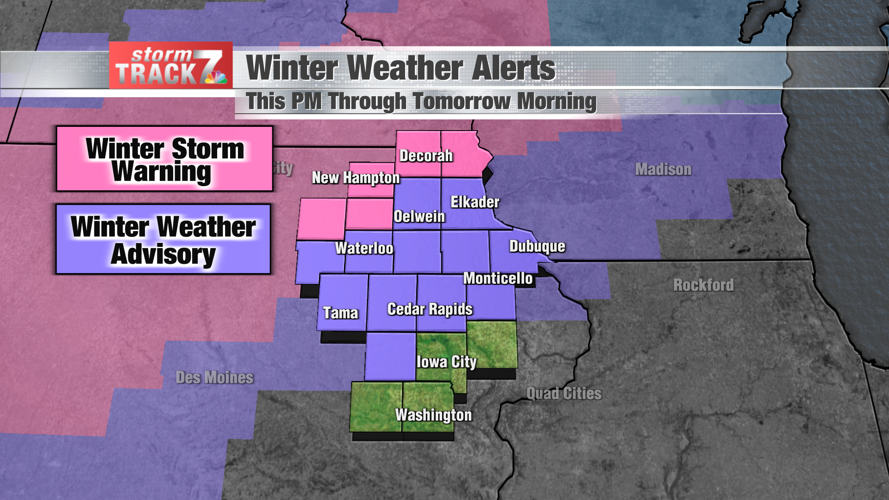 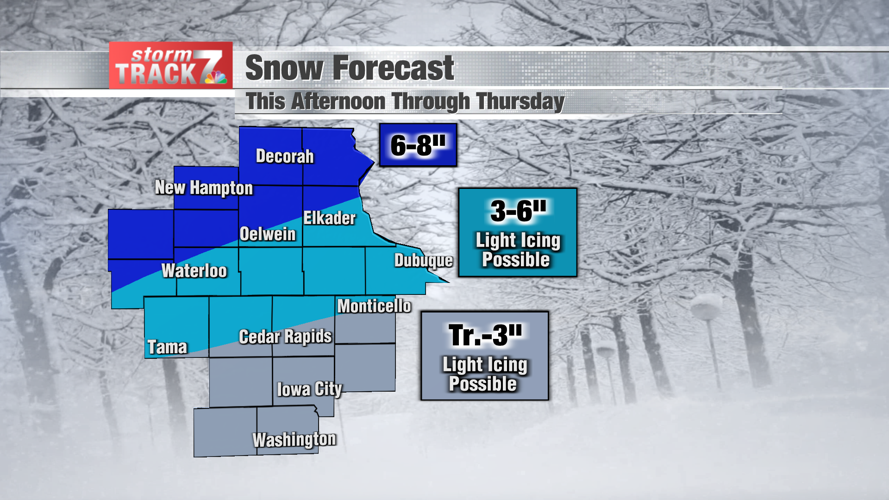 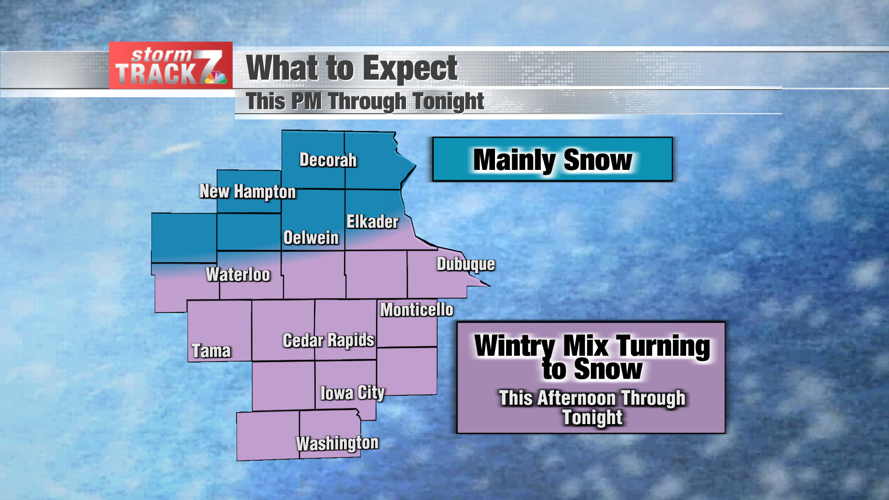 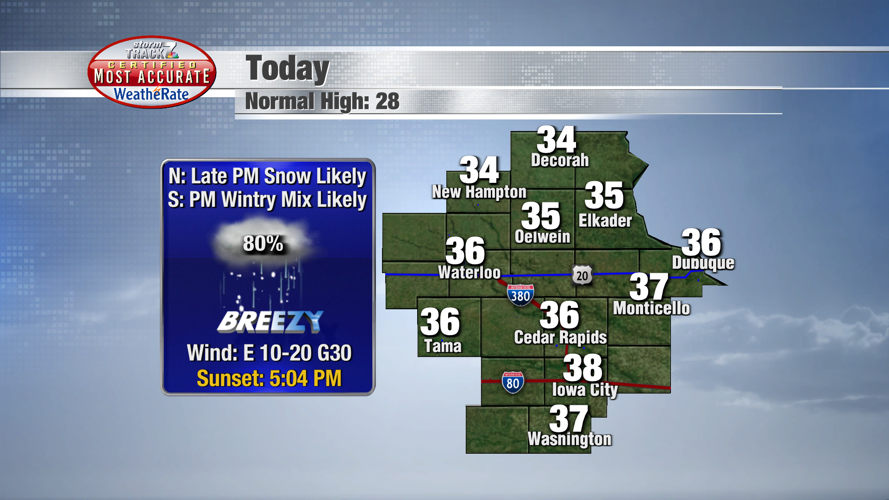 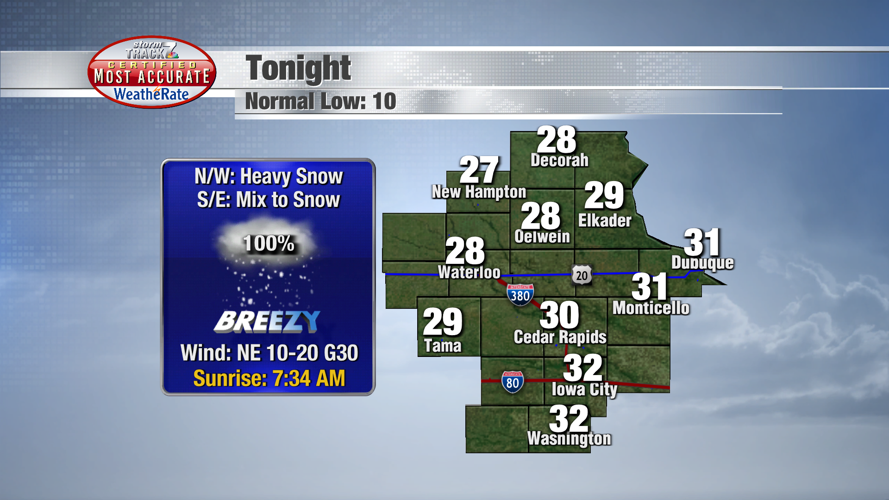 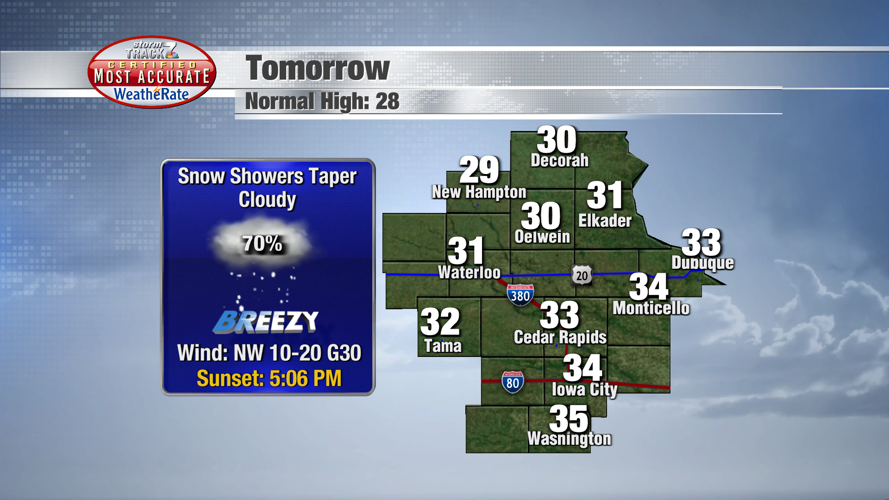 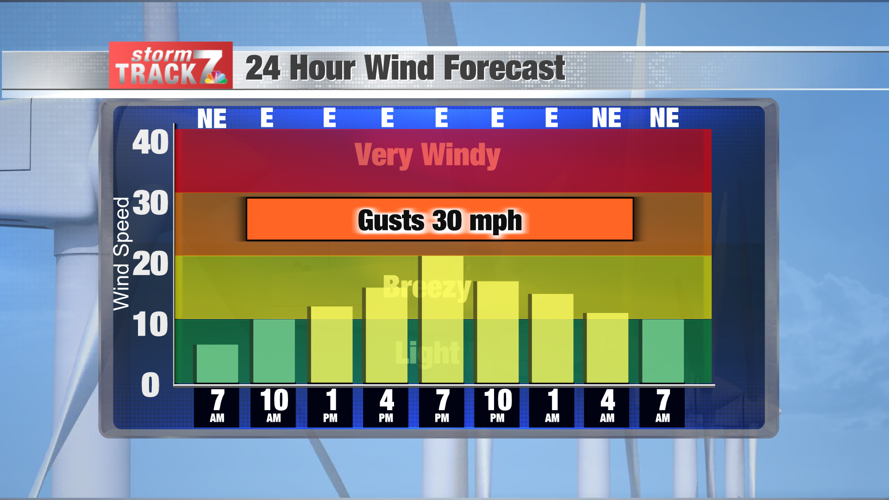 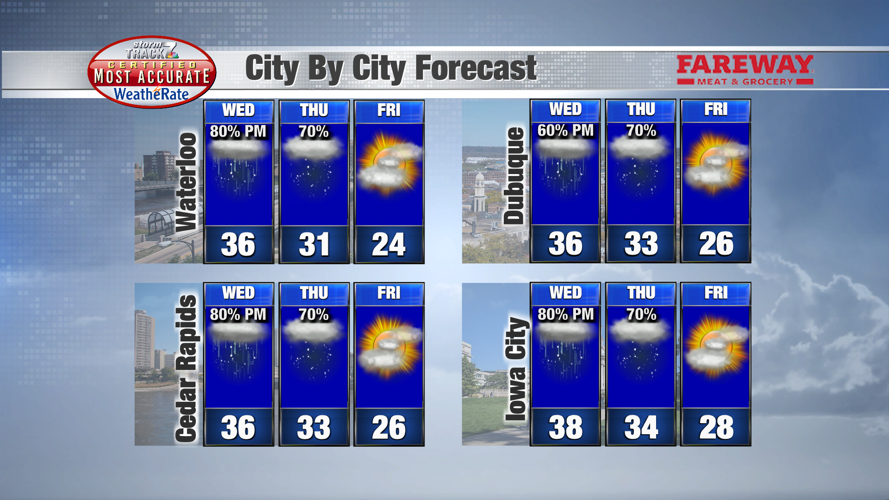 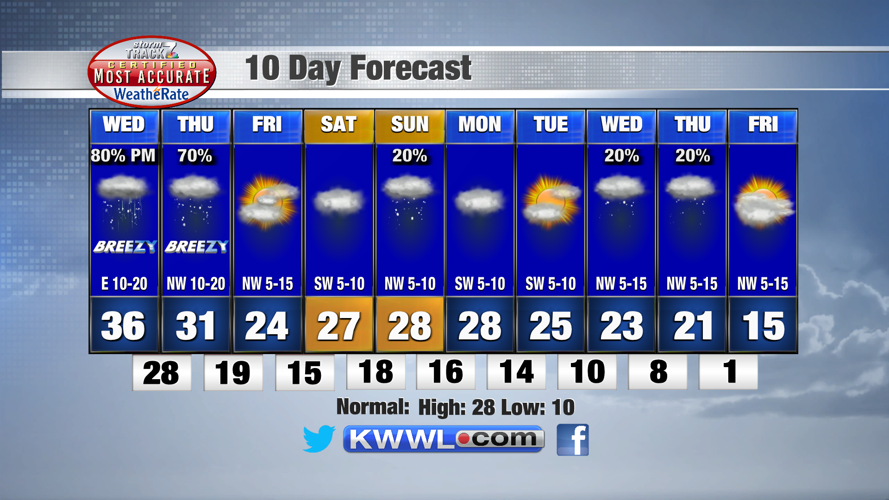 Winter Weather Alerts are in effect this afternoon through Thursday morning. This could be the most snow we’ve seen from a storm this season.

Today: The morning commute should be easy this morning with cloudy skies and mild temps. There may be some patchy fog north. The first half of the day looks dry with cloudy skies. Temperatures climb to the mid and upper 30s by this afternoon with a breezy east wind at 10 to 20 mph, gusting to 30 mph. Precip arrives around noon, moving in from south to north. With the relatively mild temps, we should initially see a wintry mix of rain and snow until it reaches the relatively cooler north, where it should mainly be snow. The evening commute will likely be a mess.

Tonight: Snow continues in the north and west with a wintry mix initially in the east and south. As temps cool to the upper 20s and low 30s, the wintry mix turns over to snow. The snow may be heavy at times. Winds remain breezy from the northeast at 10 to 20 mph, gusting to 30 mph.

Thursday: Snow is likely in the morning and will taper off through the day. The morning commute will be hazardous and plenty of delays and cancellations are expected. Overall, we are expecting 6-8 in our far northern and western counties, 3-6” down to Highway 30, and less than 3” in the south. A light glaze of ice is possible where we see a wintry mix.

The rest of Thursday is cloudy with highs in the low to mid 30s along with a breezy northwest wind.

Friday: Skies are partly sunny with highs in the mid to upper 20s. Winds are northwest at 5 to 15 mph.

Weekend: Saturday is cloudy and cool with highs in the mid to upper 20s. There may be a chance for snow Saturday night and Sunday, especially south.

TRACKING: A calmer weekend ahead

TRACKING: Quiet weather the rest of the week