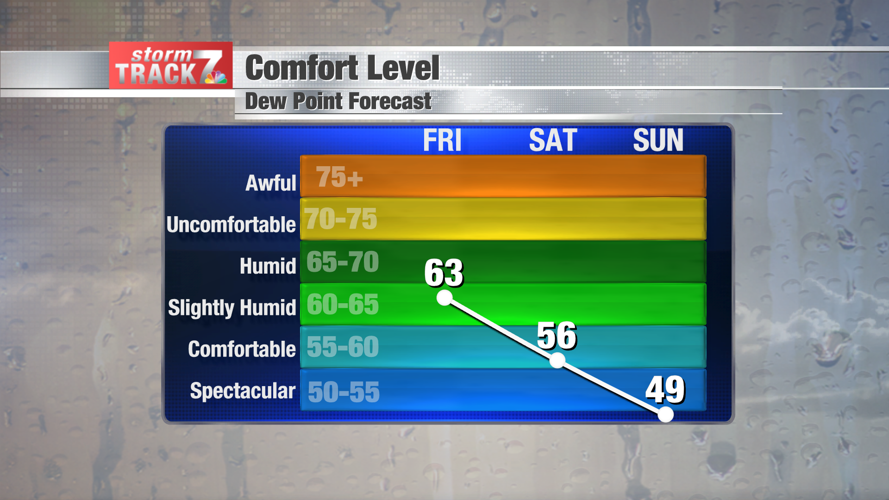 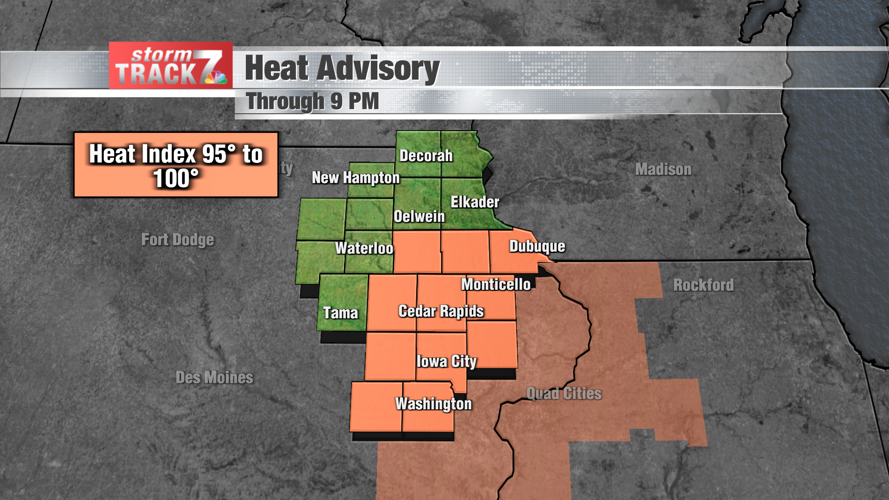 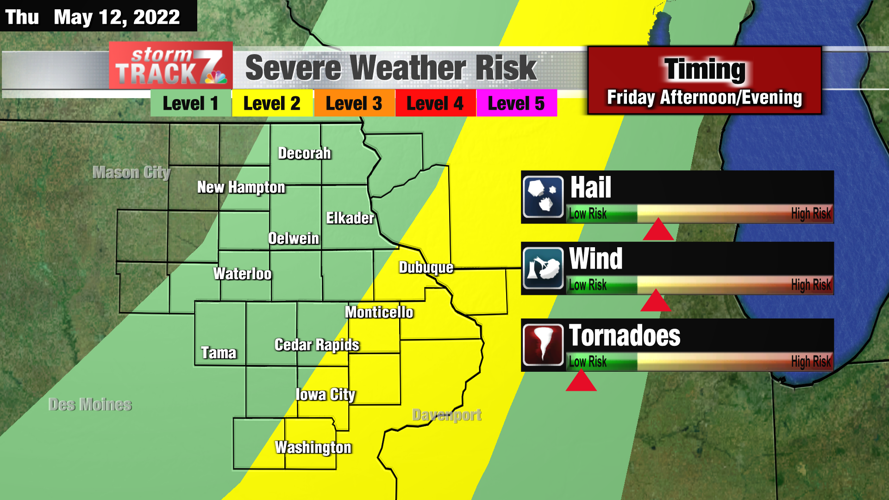 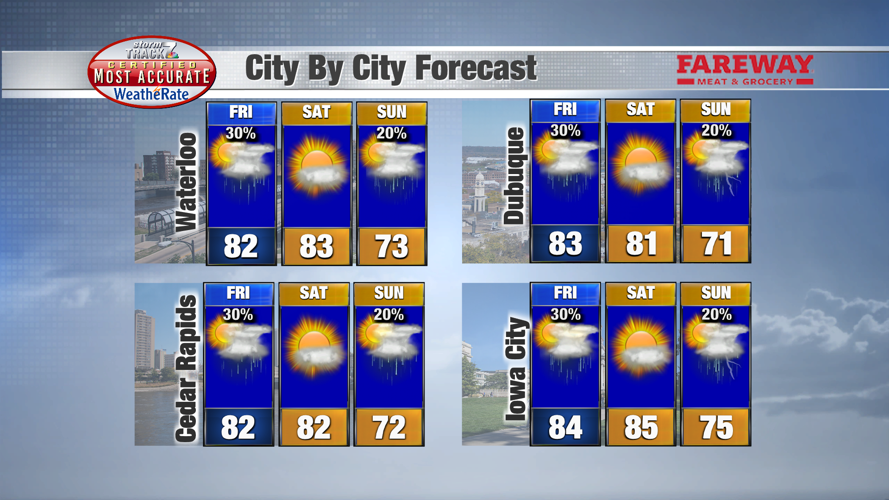 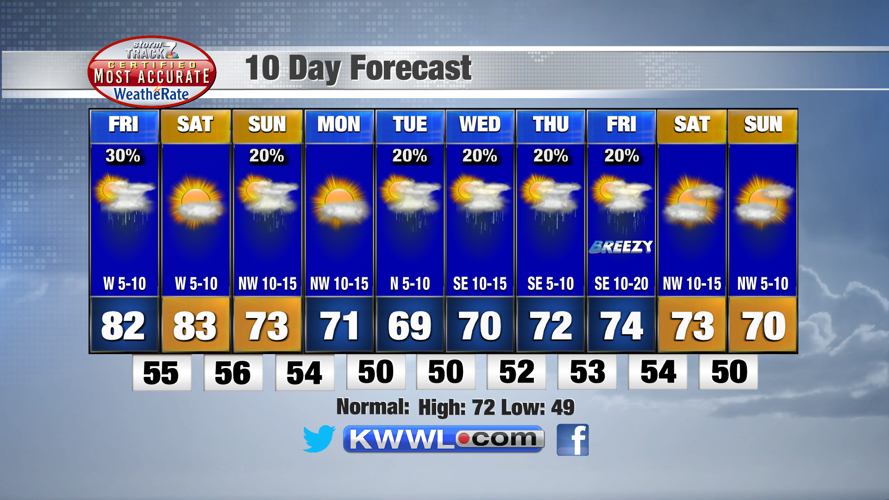 A Heat Advisory is in effect for our southern and eastern counties until 9 PM tonight.

Tonight: Partly cloudy through tonight. Showers and storms from the western half of the state make their way into Eastern Iowa late tonight/early Friday morning. They should be weakening and will mostly likely not make it all the way through the viewing area. Southwest winds are at 5-10 mph. Low temperatures fall to the mid 60s.

Friday: Partly cloudy to end the work week. The Storm Prediction Center has our southeastern counties under a Level 2 risk out of 5 for severe storms during the afternoon and evening hours. A cold front stalls out over our eastern counties and will act as a focal point for another round of storms. Large hail and damaging wind gusts are possible with some of the stronger storms. Since they’re on our eastern edge, they’ll move out of our viewing area in the evening to late evening hours. Where storms form, we could get up to 1” of rain. High temperatures are in the low to mid 80s, with dew points in the low to mid 60s.

Friday Night: Showers and storms end before midnight. Clouds follow out of the area behind the rain. Low temperatures fall to the mid 50s.

This Weekend: We’re sunny to start the weekend, with highs in the low to mid 80s. Showers and storms push back in late Saturday night through the day on Sunday. Highs are much cooler on Sunday in the low 70s.