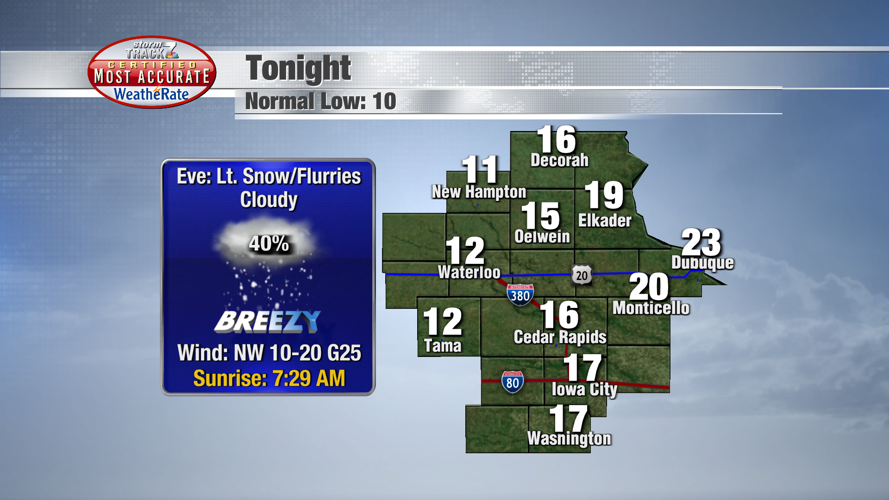 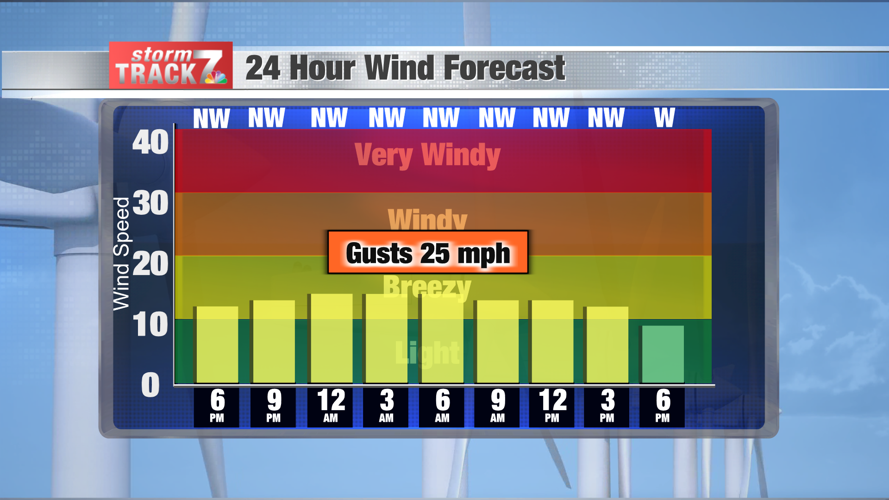 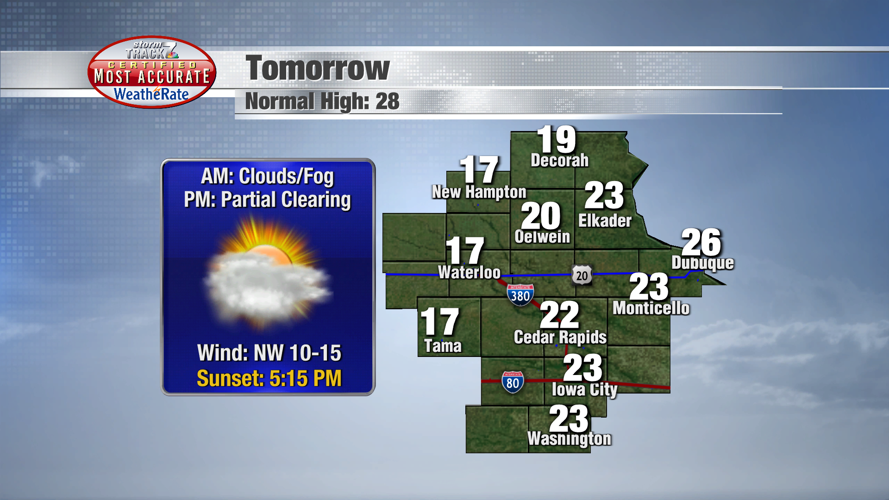 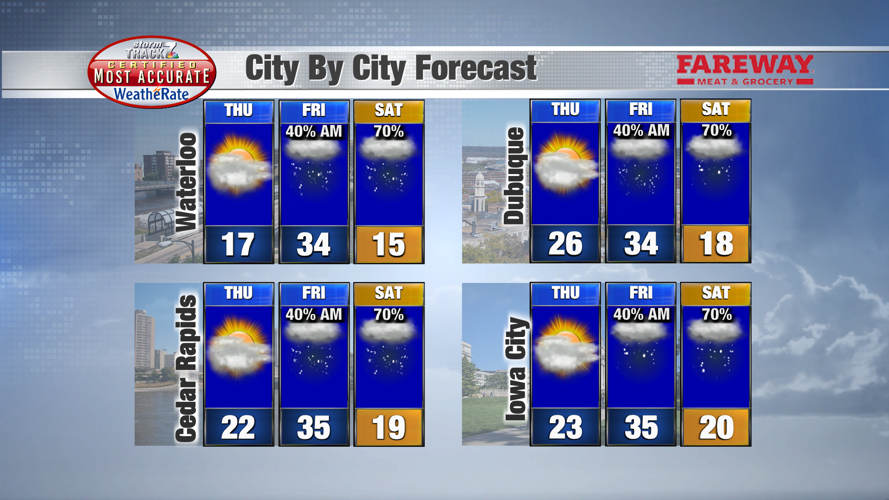 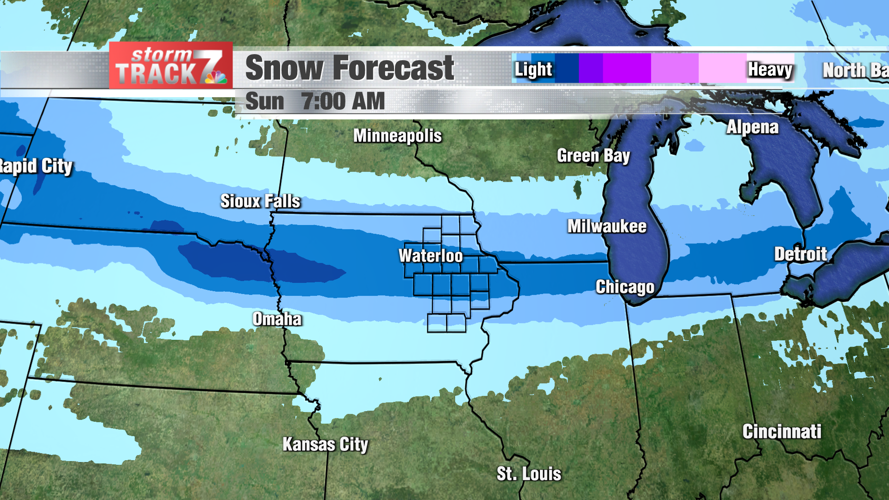 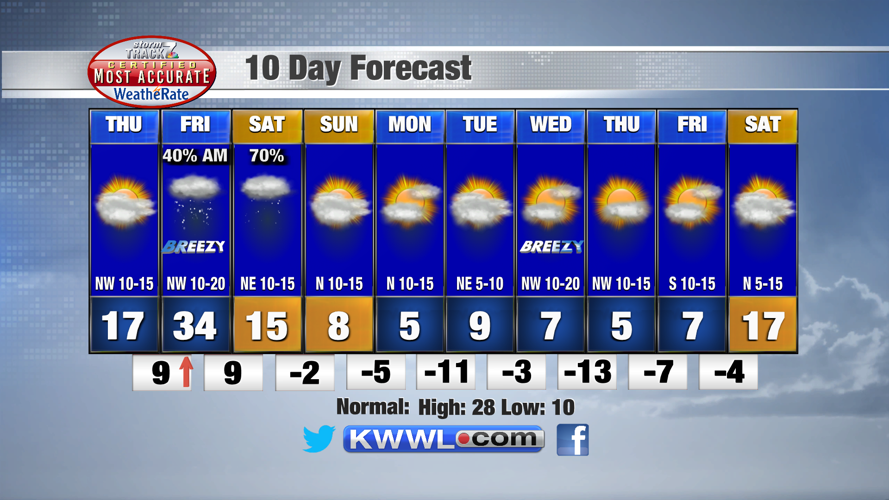 Breezy conditions tonight and into Thursday morning will cause snow on the ground to blow across the roads in open areas and make the roads very slick. Allow extra travel time and slow down.

Temperatures don’t warm much Thursday with a northwest breeze. Lots of clouds in the morning followed by some sunshine during the afternoon. The coldest temperatures Thursday night are before midnight with a mostly clear sky. Temperatures warm after midnight into the 20s by sunrise. After midnight, light snow swings through the area.

Light snow ends Friday morning with any accumulation less than 1”. This is the warmest day of the next 10 days.

Snow is likely Saturday, starting before sunrise and tapering off during the evening. A few inches of fluffy light snow will cover the roads and make them slick. Winds are from the northeast around 10-15 mph.

Thursday Night: Increasing clouds before midnight with temperatures in the single digits and low teens. After midnight: Light snow developing and temperatures warming into the 20s by sunrise.

TRACKING: A warmer day with a mix of wind

TRACKING: Another fall day, with a winter-like night