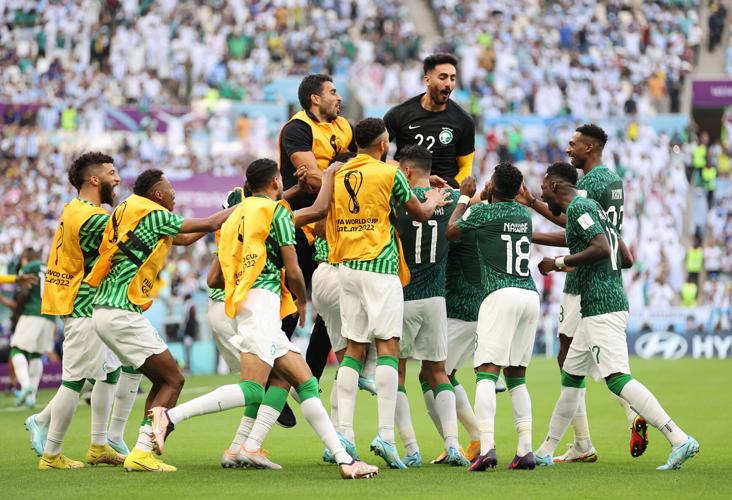 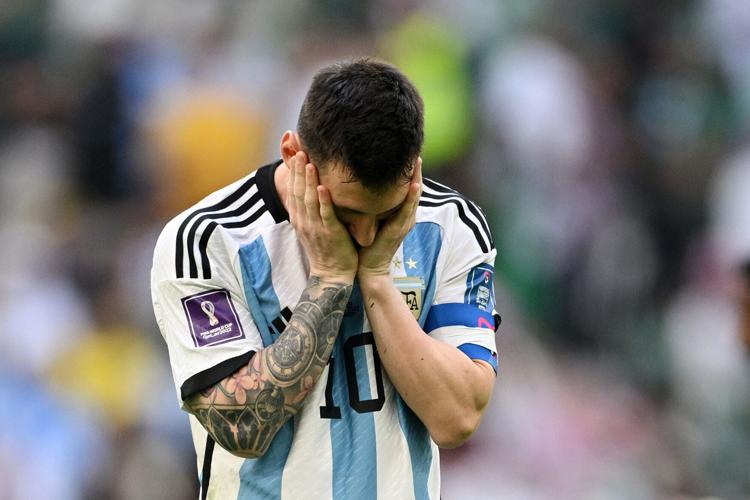 Messi scored the opening goal but could do little to stop Argentina from falling to defeat.

Messi scored the opening goal but could do little to stop Argentina from falling to defeat.

Many had expected the South American team, ranked third in the world, unbeaten for three years and among the favorites to win the tournament, to sweep aside its opponent, ranked 48 places below it in the world rankings.

All the pre-match talk focused on Messi, one of the greatest players ever who is playing in what is likely to be his last World Cup. The Argentina captain scored an early penalty to put his side in the lead, but two second-half goals from Saleh Al-Shehri and Salem Al Dawsari turned the game on its head.

The thousands of Saudi fans inside the Lusail Stadium couldn't believe what they were watching as they celebrated their unexpected victory.

Such a comeback hadn't looked remotely possible for much of the match. Argentina controlled the game after taking the lead but whatever Saudi manger Hervé Renard said at halftime worked. His team came out with a new-found belief and stood toe-to-toe with Argentina's world-class team.

Al Dawsari's incredible winner from distance -- and subsequent acrobatic celebration -- will become one of the moments of this or any World Cup and undoubtedly, in time, an 'I-was-there' moment for fans.

As full-time neared, fans cheered every tackle and save as if they were goals and, when the match did indeed end, Saudi Arabia fans reacted with frenzy.

Both sets of players sunk to their knees, from disbelief and exhaustion. Messi, who so many had come see play, looked distraught as he walked off with Saudi fans cheering his name ironically.

According to sports data group Gracenote, which is a Nielsen company, Tuesday's result was the biggest upset in the history of the competition.

"The most surprising World Cup win ever according to Gracenote was USA's victory over England in 1950 with a 9.5% chance of victory for the US team but Saudi Arabia's chance of victory today was estimated at 8.7% so takes over at number one," it said in a statement.

As much as this was a historic win for Saudi Arabia, it was a humiliating defeat for Argentina who capitulated on the biggest stage.

Saudi players smiled and laughed with reporters as they left the stadium, a stark contrast to the Argentine squad who walked with their heads down onto the team bus. Messi was one of the few to stop and speak to journalists and even stopped for photos.

There was also more good news for Saudi fans who believe in a touch of destiny.

The last three teams to beat Argentina at a World Cup either went on to win the competition -- Germany and France in 2014 and 2018 respectively -- or reach the final -- Croatia 2018.

"I'm feeling very proud of my team. This is one of the craziest games I've seen in my whole life," fan Yazid Aldakheel told CNN. "Beating Argentina, one of the best teams in the world, it's like a dream.

"Playing in the World Cup is good, beating Argentina is something else, it's a different world."

Argentina will hope to recover against Mexico in its next group match on Saturday, while Saudi Arabia faces Poland.

In the second match of the day, Christian Eriksen made his return to major international football as Denmark kicked off its World Cup campaign with a 0-0 draw against Tunisia in Group D.

The Manchester United midfielder suffered a cardiac arrest and collapsed on the pitch at the European Championships last June and his return to international football is nothing short of miraculous.

Tunisia, which had the backing of tens of thousands of fans, held on for an impressive point. Denmark improved in the second half and had a goal ruled out for offside before substitute Andreas Cornelius was denied by the post.

The Danes also had a last-minute penalty appeal turned down.

Another goalless game followed on Tuesday, but it also wasn't without drama.

Poland star Robert Lewandowski had a penalty saved as his team was held to a 0-0 draw against Mexico.

The forward had been brought down by Hector Moreno in the second half, but he was denied his first World Cup goal as Guillermo Ochoa produced a superb save from the spot kick.

Cedar Falls takes the nightcap to salvage double-header split with No. 6 Western Dubuque