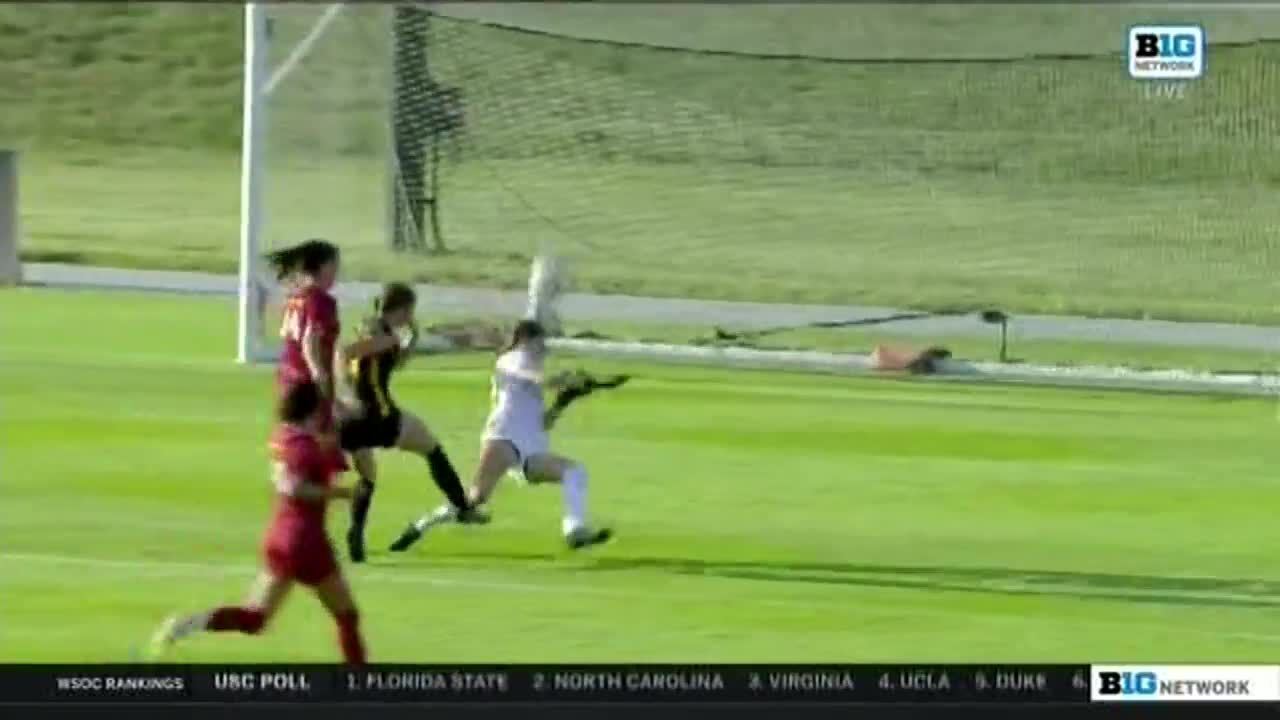 IOWA CITY, Iowa – The Iowa soccer team earned the first points of the year in the Iowa Corn Cy-Hawk Series, as the Hawkeyes downed the Cyclones 2-1 Thursday night at the Iowa Soccer Complex.

Iowa State dropped to 1-2 on the year, while Iowa improved to 3-0. The Hawkeyes were receiving votes in the latest United Soccer Coaches Top 25 Poll. The Cyclones return to action on Sunday, as Iowa State hosts Drake in the home opener at the Cyclone Soccer Complex. Kickoff is set for 1 p.m. and will be available on Big 12 Now on ESPN+.

Courtney Powell started the scoring for the Hawkeyes, as her goal off an assist from Hailey Rydberg in the 22nd minute gave Iowa the 1-0 lead. Early in the second half, Addie Bundy found Sara Wheaton for a goal in the 54th minute to extend the Hawkeye lead. In the 72nd minute, Claudia Najera found Magdalena Keck for her first collegiate goal. It was the first assist of the season for Najera and the fifth of her career.

Tyra Shand led the Cyclones with two shots on goal, while Keck added the third shot on goal for Iowa State. In her season debut, Jordan Silkowitz tallied a career-high 11 saves in the net. Her 11 saves are the most by anyone in the Big 12 this season. Iowa had a 19-6 advantage in shots and 14-3 in shots on goal. The Hawkeyes took 11 corner kicks, while not allowing any from the Cyclones.

If fall sports permitted, Big Ten teams will only play within conference in 2020