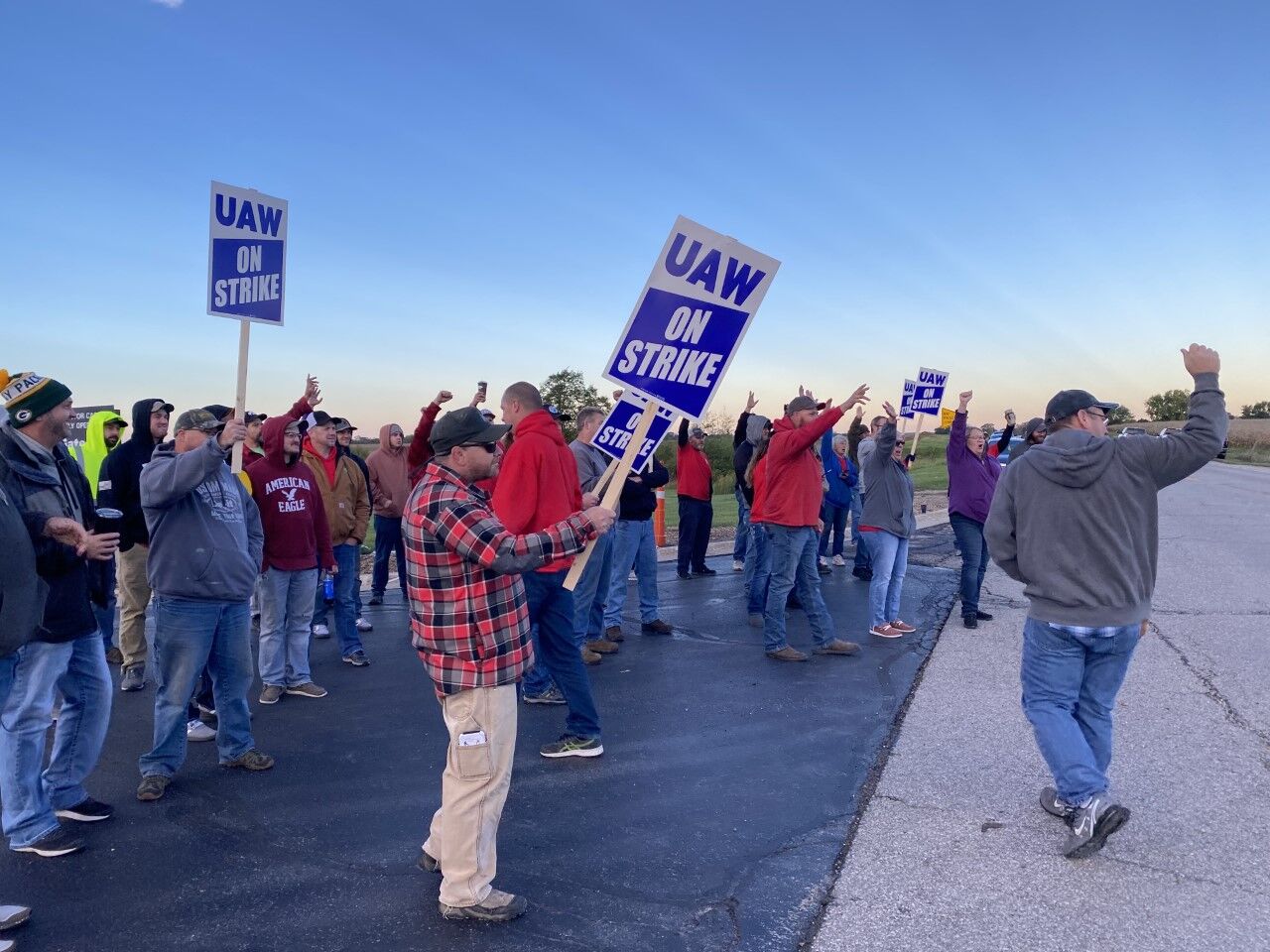 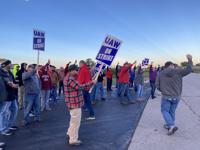 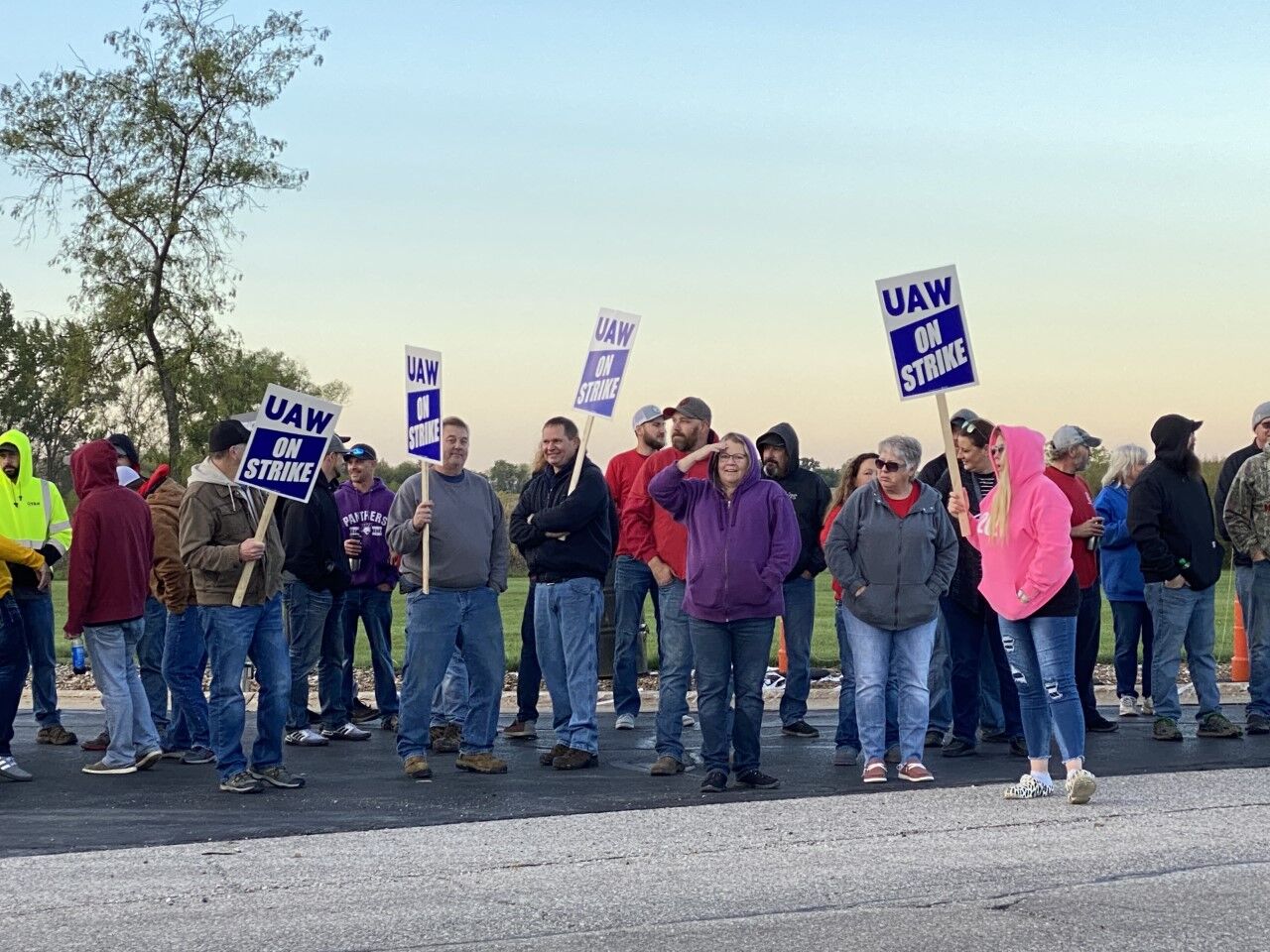 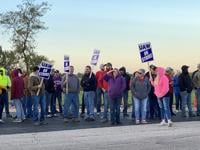 At Local 838 in Waterloo, workers were asked not to start picketing until 7 a.m. In other parts of the Midwest, picketing began at midnight.

This is after the company failed to present an agreement that met the need of union members.

“Our members at John Deere strike for the ability to earn a decent living, retire with dignity and establish fair work rules,” Chuck Browning, Vice President and director of the UAW’s Agricultural Implement Department said in a press release. “We stay committed to bargaining until our members' goals are achieved.”

More than 10,000 members at John Deere locations set up pickets.

“John Deere is committed to a favorable outcome for our employees, our communities, and everyone involved,” Deere & Company Vice President of Labor Relations Brad Morris said. “We are determined to reach an agreement with the UAW that would put every employee in a better economic position and continue to make them the highest paid employees in the agriculture and construction industries. We will keep working day and night to understand our employees’ priorities and resolve this strike, while also keeping our operations running for the benefit of all those we serve.”

In a press release, Director of UAW Region 4 Ron McInroy said, "Pickets have been set up and our members are organized and ready to hold out and fight for a contract they believe meets their needs.”

“Our members and their families appreciate the community support they have already gotten. Strikes are not easy, but some things are worth fighting for," McInroy said.

“These are skilled, tedious jobs that UAW members take pride in every day,” said Mitchell Smith, UAW Region 8 director. “Strikes are never easy on workers or their families but John Deere workers believe they deserve a better share of the pie, a safer workplace, and adequate benefits.”

In a statement released Thursday afternoon, Waterloo Mayor Quentin Hart said the Deere workers are vital participants in both the community and local economy.

“This is a difficult time for many. As a child in 1986, I vividly remember my father joining his union family on the picket lines. Truth be told, there were many nights we worried about whether there would be food on the table," Hart said. "As unsettling as this situation can be, I ask that we respect the process of collective bargaining and have faith that both sides can reach a resolution smoothly.”

The company said it had activated its Customer Service Continuation plan. As part of the plan, employees not involved in the strike will continue to work at the factories to keep operations running.

"Our immediate concern is meeting the needs of our customers, who work in time-sensitive and critical industries such as agriculture and construction," Deere & Company said. "By supporting our customers, the CSC Plan also protects the livelihoods of others who rely on us including employees, dealers, suppliers, and communities."

Program launched to train staff of businesses and organizations about dementia

Night of Fun and Fellowship with the Main Street Social Club set for February 23.