The lawsuit alleges that the Linn-Mar Community School District has intentionally left parents in the dark over students' gender identification under a new policy.

The policy allows children to make decisions regarding their gender identity without any parental input.

Under the new policy, students can create a "gender support plan" that assists them in their gender transition.

In this policy, the District can require all employees and students to address the student by their new name, new pronoun, as well as have their name changed on official government documents.

Furthermore, the lawsuit alleges that the District withholds gender identity information, even if it's requested by the parents. The lawsuit claims that the policy violates the parent's rights under the 1st and 14th Amendments.

The Parents Defending Education allege that students are being "punished" for having differing views than their transgender counterparts on the issue, which they believe is a violation of the first amendment.

They feel as though the policy prohibits speech that doesn’t “respect a student’s gender identity” and “misgendering,” which is defined as “intentionally or accidentally us[ing] the incorrect name or pronouns to refer to a person.”

The controversial policy was approved by the school board in April in a 5-2 vote.

In May, supporters and detractors of the policy protested outside of the school.

"I really appreciate what they're doing for our entire school, because they're right, you do have to listen to everybody," said student Alyssa Reddersen. "My safety and my friends and my family have been put first and really heard lately, and I appreciate that."

KWWL has reached out to Linn Mar Community School District for a response to the lawsuit. 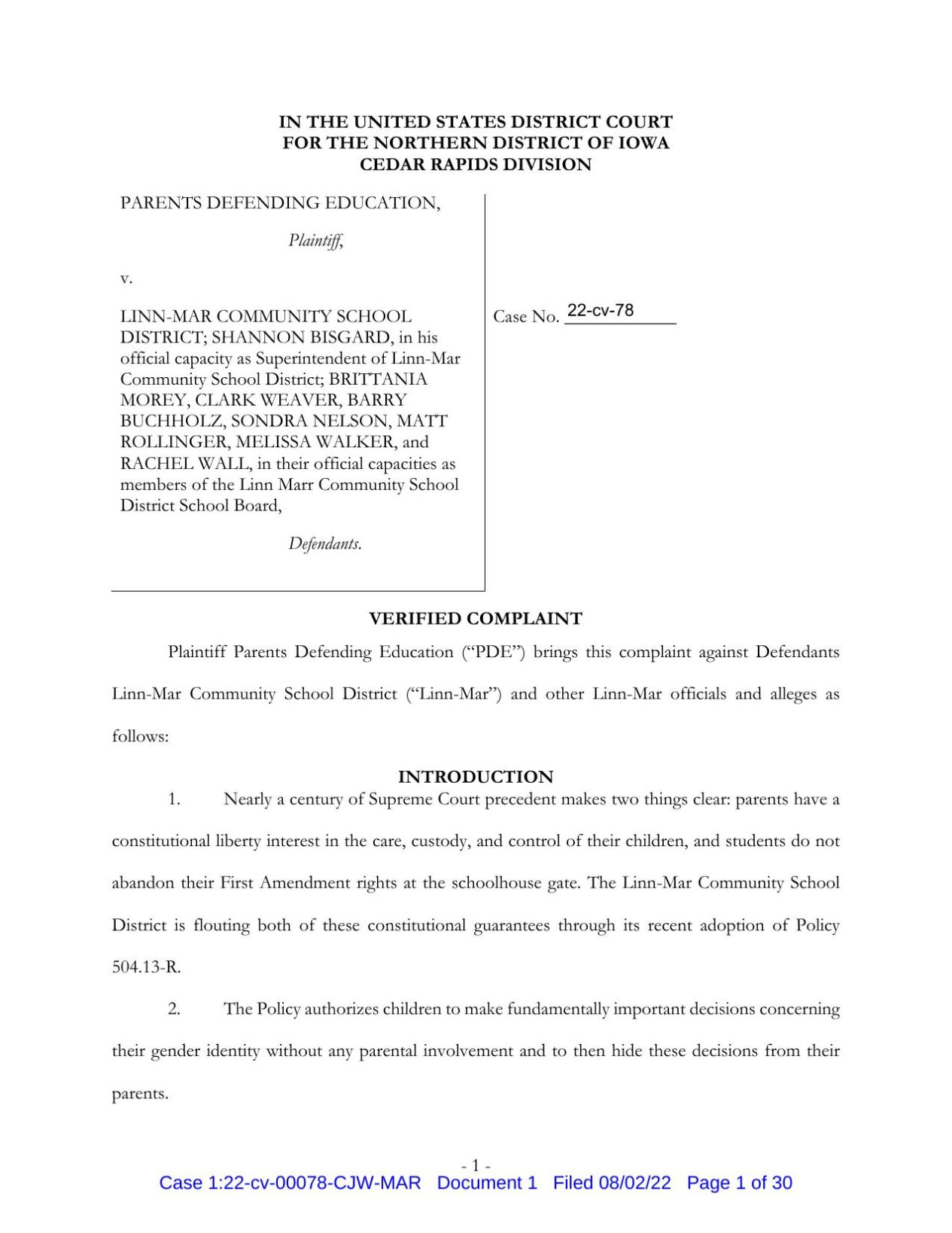 Body suspected to be missing Hiawatha man found in pond