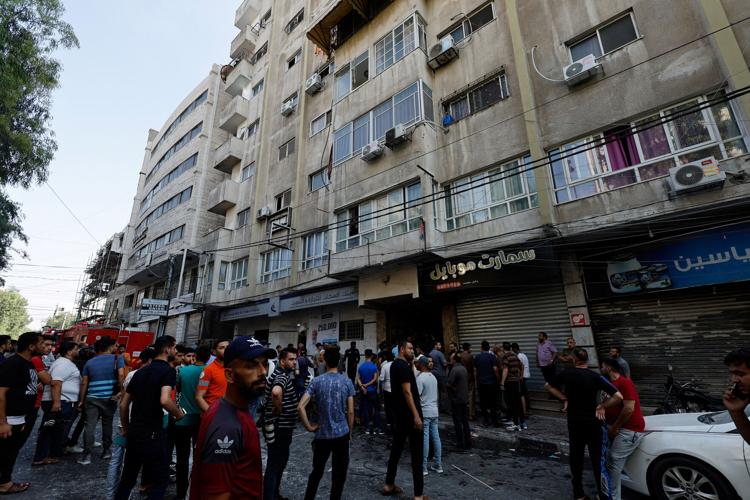 Palestinians gather next to the site of an Israeli strike in Gaza City on August 5. 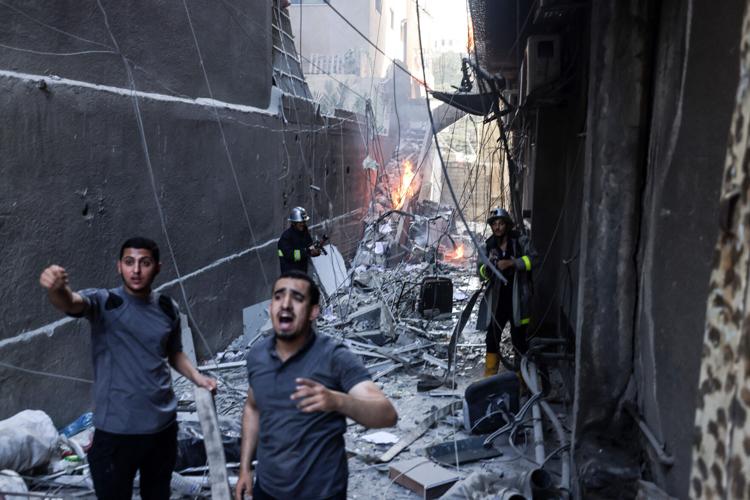 The aftermath of an Israeli airstrike in Gaza City on August 5. 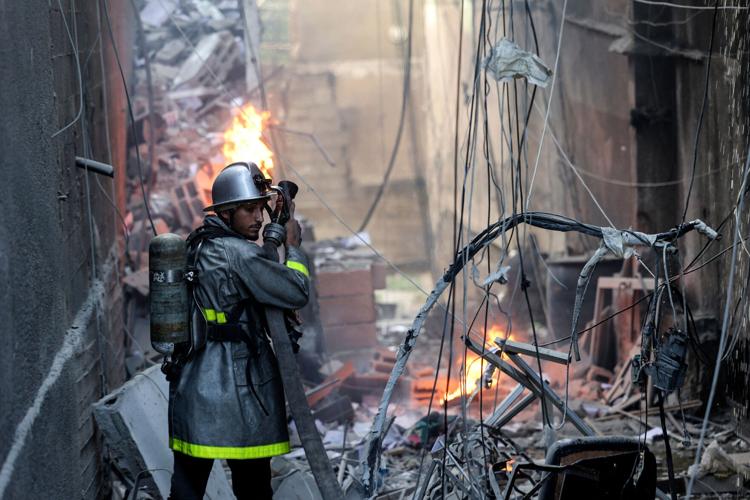 A Palestinian firefighter fights the blaze amid the destruction following an Israeli air strike on Gaza City, on August 5. The Israeli military said it launched air strikes on Gaza, which were witnessed by Palestinians in central Gaza City.

Palestinians gather next to the site of an Israeli strike in Gaza City on August 5.

The aftermath of an Israeli airstrike in Gaza City on August 5.

A Palestinian firefighter fights the blaze amid the destruction following an Israeli air strike on Gaza City, on August 5. The Israeli military said it launched air strikes on Gaza, which were witnessed by Palestinians in central Gaza City.

The Israeli military launched deadly strikes against what it said were Islamic Jihad targets in Gaza on Friday as tensions continue to rise between Israel and Palestinian militant groups.

Islamic Jihad said in a statement that one of its senior leaders, Tayseer Al Jabari, had been killed in an Israeli strike. He was a commander in the Quds Brigade, the armed wing of Islamic Jihad, the group said, and a member of its Military Council.

The Palestinian health ministry said at least 10 people were killed, including a 5-year-old girl and a 23-year-old woman. Another 75 were injured, it said. Israel insists most of those killed were militants.

A CNN producer in Gaza saw medics carrying two bodies out of a building called the Palestine Tower that had been hit in one of the strikes.

An Israeli army statement said the military operation -- which it called 'Breaking Dawn' -- was targeting Islamic Jihad, the smaller of the two main militant groups in Gaza.

The Israeli army said the main focus of its military action was a pre-emptive air-strike on Al Jabari, and strikes on two anti-tank squads which were en route to carrying out an attack on Israeli forces.

On a call with reporters Friday night, an army spokesman said the two squads had been tracked for several days before the Air Force carried out its operation, adding that Israel had been facing an imminent threat for several days as the two militant units moved very close to the fence that separates Gaza from Israel.

A "special situation" has been declared in areas around Gaza, in anticipation of possible rocket fire, or other retaliatory attacks, the Israeli army said.

"The goal of this operation is the elimination of a concrete threat against the citizens of Israel and the civilians living adjacent to the Gaza Strip, as well as the targeting of terrorists and their sponsors," Israel's Prime Minister Yair Lapid and Defense Minister Benny Gantz said in a joint statement.

"The Israeli government will not allow terrorist organizations in the Gaza Strip to set the agenda in the area adjacent to the Gaza Strip and threaten the citizens of the State of Israel. Anyone who tries to harm Israel should know: We will find you," Lapid said.

Islamic Jihad has vowed to respond. "All options are open, with all means that the Palestinian resistance has, whether in Gaza or outside," spokesman Daoud Shehab said on Al Jazeera. "The battlefield is open ... The resistance will respond with all force. We will not say how, but it is inevitable."

Those immediately called up will reinforce the army's southern command, which includes the area around Gaza, as well as units operating Israel's aerial defense systems, among other deployments, the Defense Ministry said.

Sirens indicating incoming rocket fire were heard in the southern town of Sderot and other villages close to Gaza late Friday evening. Earlier, sirens sounded in Bat Yam, located just a few kilometers south of Tel Aviv, and in Yavne, which lies between Tel Aviv and Ashdod. Israeli media reported that many rockets have been intercepted by the Iron Dome aerial defense system, with no reports of any casualties in Israel.

The Israeli army said that it continues to strike Islamic Jihad targets in Gaza, including a rocket-launching site near the southern Gazan city of Khan Younis. The army also said it is striking weapons production facilities.

Hamas, the militant group which controls Gaza, has condemned the Israeli action. "The Israeli enemy, who started the escalation against Gaza and committed a new crime, must pay the price and bear full responsibility for it," spokesman Fawzi Barhoum said.

Tor Wennesland, the UN's top official in the Middle East, said he was deeply concerned by the ongoing escalation between the two sides.

Referencing the killing of a five-year-old girl, Wennesland said there could be "no justification for any attacks against civilians," and addressing militants, said that "the launching of rockets must cease immediately, and I call on all sides to avoid further escalation."

The UN, along with Egypt, has often played a key intermediary role between Israel and Palestinian militants in restoring a ceasefire after hostilities have broken out.

Wennesland said the UN was "fully engaged with all concerned" to try to avoid a further deterioration. But he added that "the responsibility is with the parties to avoid this from happening."

During that operation, a 17-year-old Palestinian linked to Islamic Jihad was shot dead in an exchange of gunfire with Israeli soldiers, according to the Israeli military. The Palestinian health ministry said he had been shot in the head by Israeli forces.

Saadi was one of two wanted terror suspects apprehended in that raid, Israel said. The Quds Brigade, the armed wing of Islamic Jihad, said it was mobilizing its forces across the Palestinian territories in response.

Recent months have seen repeated Israeli operations in and around Jenin, after several fatal attacks inside Israel were carried out by Palestinian gunmen from the region. Thirty Palestinians have been killed in the raids since the start of the year, according to the Palestinian Ministry of Health.

Boil order lifted for most in Ely after water main break