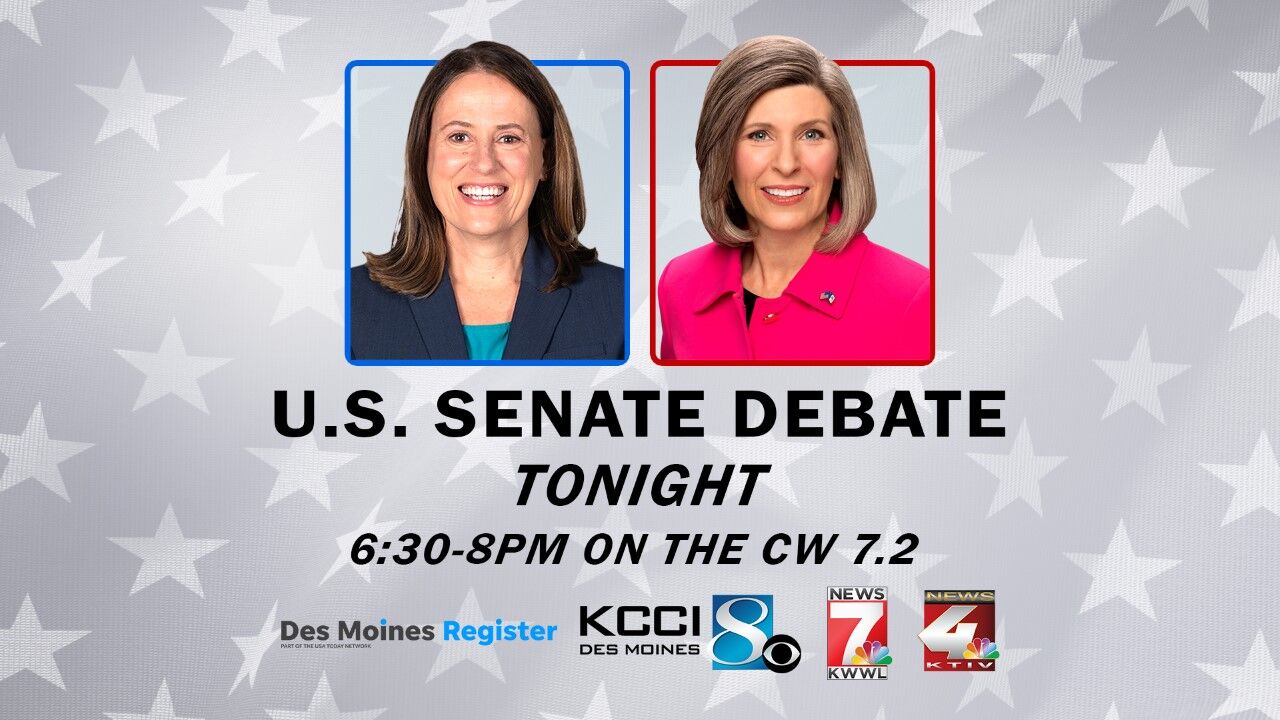 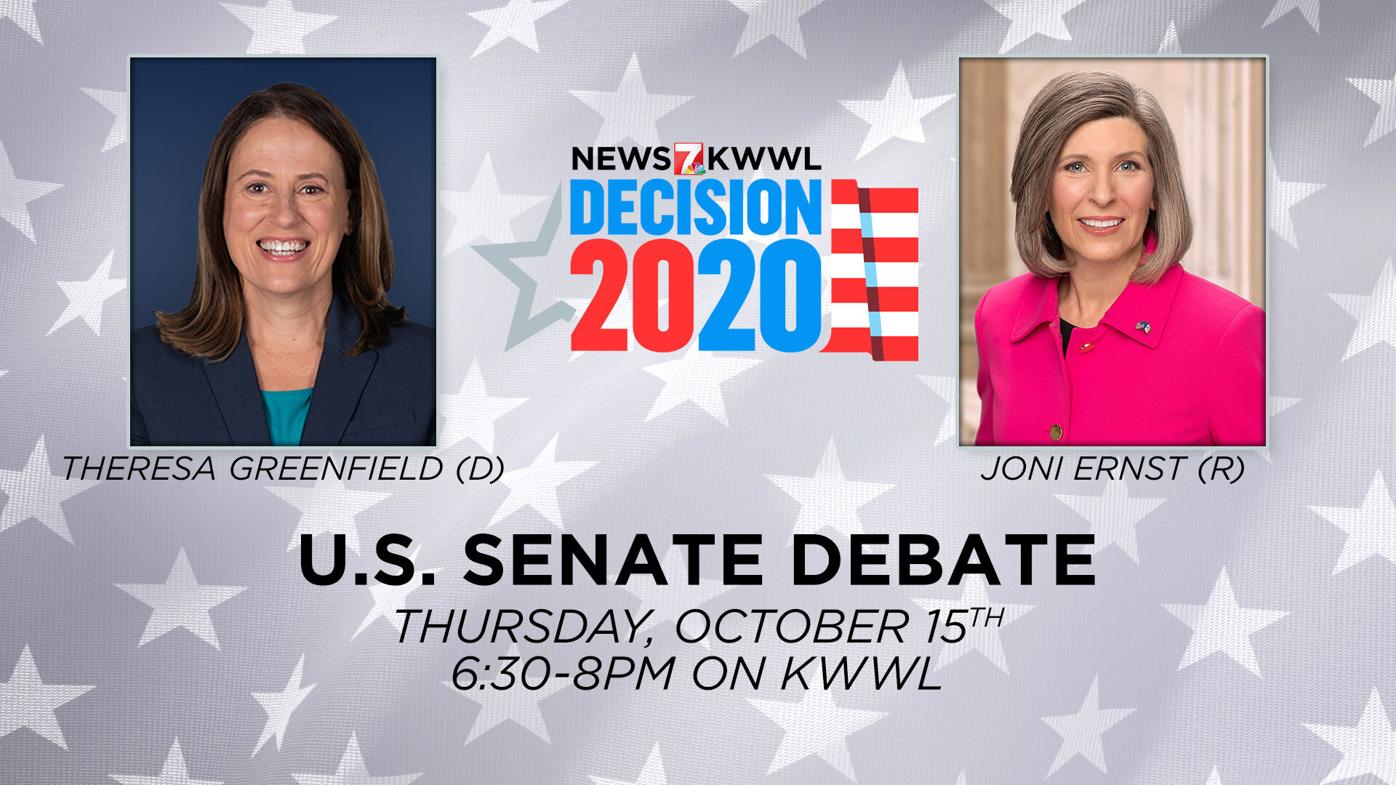 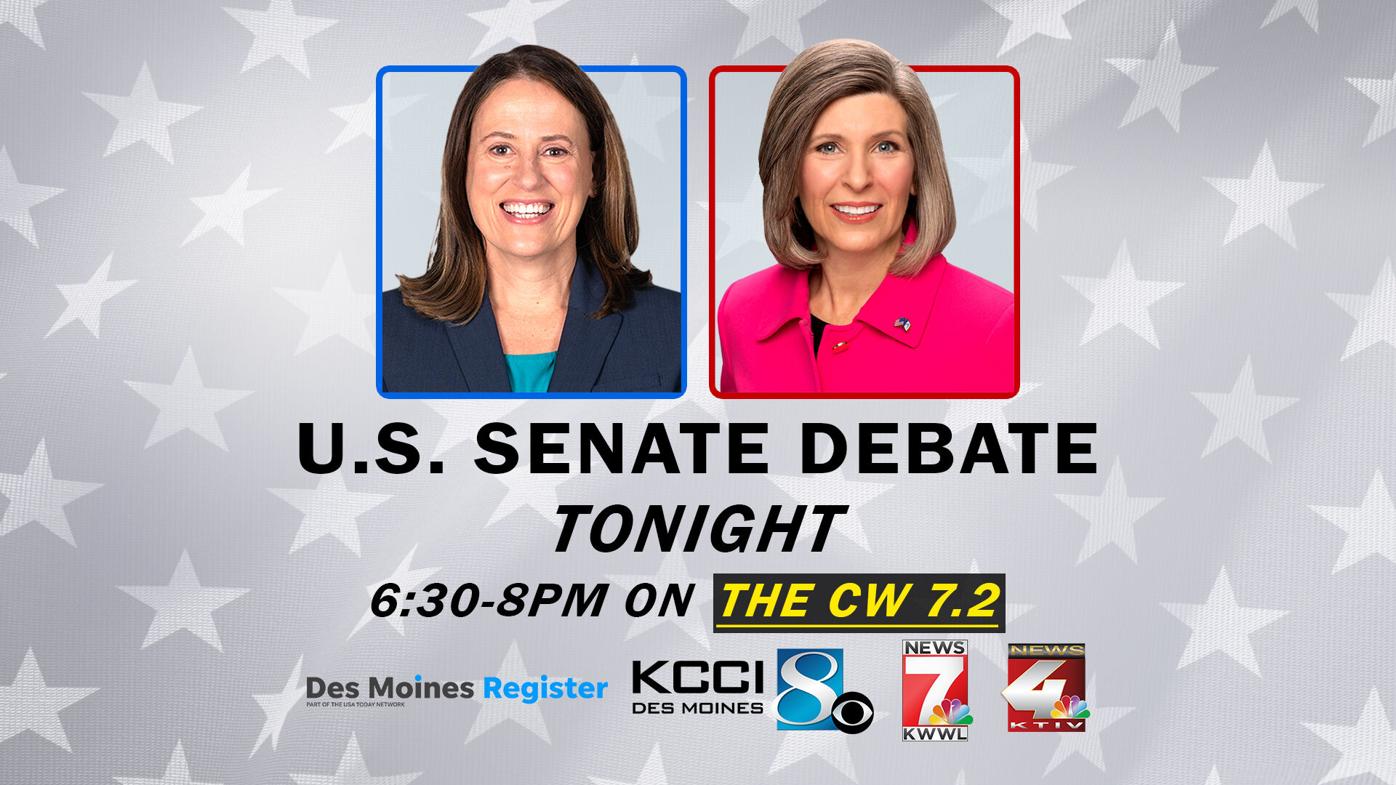 PROGRAMMING NOTE: The U.S. senate debate between Joni Ernst and Theresa Greenfield will air from 6:30-8 p.m. tonight on The CW 7.2 due to the NBC town hall with President Trump on KWWL 7.1 at 7 p.m. Both will be streamed online at kwwl.com. Supernatural and The Outpost will be pushed back one hour on the CW 7.2.

KWWL, KTIV, KCCI and the Des Moines Register will host a political debate between candidates in one of the most closely watched U.S. Senate races in the country.

The program will also be broadcast on KTIV in Sioux City, KCCI in Des Moines, KTTC in Mason City/Rochester, WQAD in the Quad Cities, and WGEM in Keokuk/Quincy.  KWWL’s Ron Steele, KTIV’s Matt Breen, and Brianne Pfannenstiel, Chief Politics Reporter for the Des Moines Register will join KCCI’s Steve Karlin and Rheya Spigner, who will co-moderate the 90-minute debate.

The candidates will be asked about pressing issues involving the economy and the response to COVID-19. Candidates get 60 seconds to answer questions from the moderators. If a candidate is mentioned by her opponent, they will get 30 seconds to respond. They will also have a chance to ask each other a question and respond to political advertising from their opponents.

In June, Sen. Ernst challenged Greenfield to six debates prior to the November election, issuing the challenge on Twitter.

KWWL News Director Allison Gibson says, "This is a critical time in the leadership of our country and our state. We are fortunate to be partnering with news leaders in Iowa to bring pressing issues, concerns and viewpoints in front of the candidates and before a statewide audience."

The debate is planned as a live event taking place in Des Moines.

Steve Bannon pleading not guilty to contempt of Congress charges

Huge media presence in Iowa for the caucuses