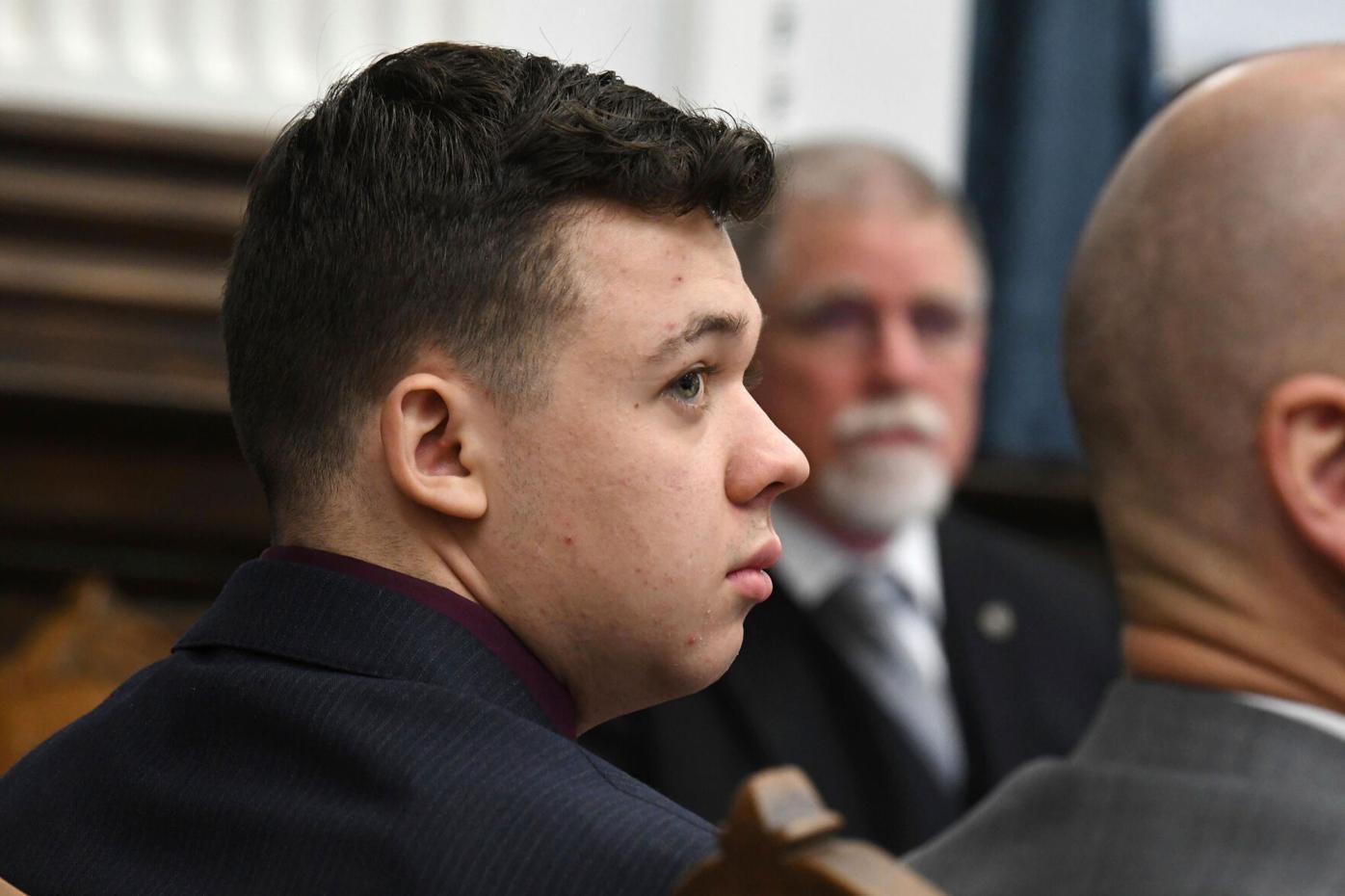 Dr. John Black testifies as Kyle Rittenhouse watches during his trial at the Kenosha County Courthouse on Thursday, November 11, 2021. 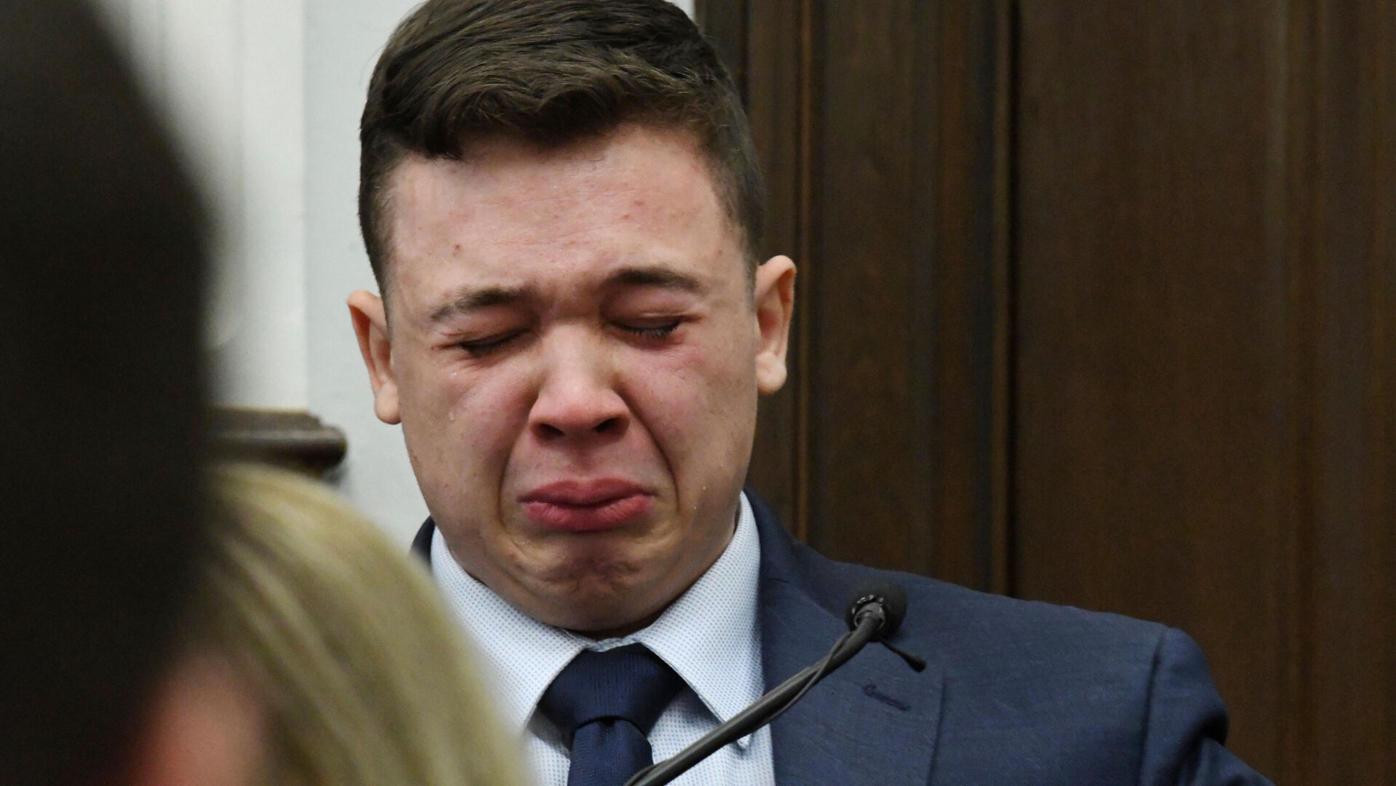 Kyle Rittenhouse breaks down on the stand as he testifies about his encounter with Joseph Rosenbaum during his trial at the Kenosha County Courthouse on Wednesday, November 10, 2021. 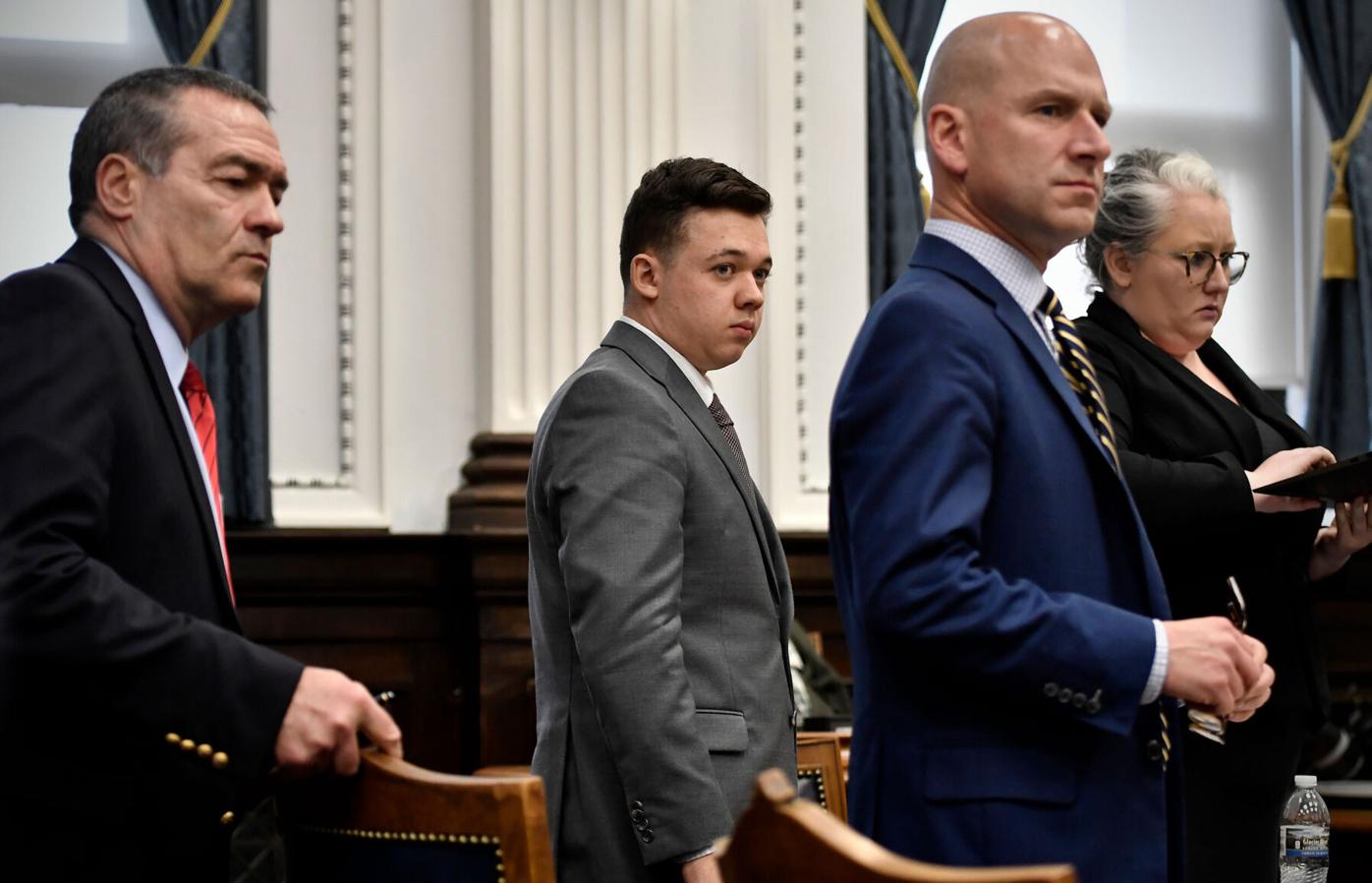 Kyle Rittenhouse, center, stands with his attorneys, from left, Mark Richards, Corey Chirafisi and Natalie Wisco before viewing video during proceedings at the Kenosha County Courthouse on November 12, 2021 in Kenosha, Wisconsin.

Dr. John Black testifies as Kyle Rittenhouse watches during his trial at the Kenosha County Courthouse on Thursday, November 11, 2021.

Kyle Rittenhouse breaks down on the stand as he testifies about his encounter with Joseph Rosenbaum during his trial at the Kenosha County Courthouse on Wednesday, November 10, 2021.

Kyle Rittenhouse, center, stands with his attorneys, from left, Mark Richards, Corey Chirafisi and Natalie Wisco before viewing video during proceedings at the Kenosha County Courthouse on November 12, 2021 in Kenosha, Wisconsin.

In response, defense attorney Mark Richards said Rittenhouse did not act recklessly when he fatally shot Rosenbaum, who Richards argued had threatened him, chased him, thrown a plastic bag at him and lunged for his gun.

"When my client shot Joseph Rosenbaum, he feared for his life. He feared because of his prior threats, prior statements and the violent acts that had been witnessed by my client," Richards said.

The dueling closing arguments, which took up most of Monday, came at the end of a two-week trial highlighted by emotional and illuminating testimony from Rittenhouse himself, who said he acted in self-defense when he fatally shot Rosenbaum.

A crowd of people then pursued the teenager, and Rittenhouse testified he shot in self-defense at a man who tried to kick him; fatally shot Anthony Huber, who had hit him with a skateboard; and shot Gaige Grosskreutz, who was armed with a pistol. Rosenbaum and Huber were killed, and Grosskreutz was wounded.

The group of 18 jurors will be narrowed to 12 Tuesday morning and will then begin deliberating in the case.

Earlier Monday, Judge Bruce Schroeder dismissed a misdemeanor weapons charge against Rittenhouse, now 18. He still faces five felony charges and, if convicted on the most serious charge, could face a mandatory sentence of life in prison.

Schroeder also read a set of legal instructions to the jury members and informed them they will be allowed to consider lesser included offenses for two of the five counts.

The trial featured more than a dozen videos from the night of August 25, 2020, showing what happened before, during and after the shootings. Most of the facts of what happened that night were not up for debate -- rather, the heart of the trial was the analysis of Rittenhouse's actions and whether they can be considered "reasonable."

The prosecution rested its case last Tuesday and the defense rested Friday.

Prosecutor says the case is about life over property

Binger's closing argument began by noting the trial was not about politics, or looting or rioting -- but instead about how life is more important than property.

"I think we can also agree that we should not have 17-year-olds running around our streets with AR-15s, because this is exactly what happens," he said.

The prosecutor challenged Rittenhouse's motivation for coming into Kenosha that night during the chaotic aftermath of the police shooting of Jacob Blake. He pointed out Rittenhouse traveled across state lines, violated a curfew and was not protecting his family or property. He also spent the night lying about being an EMT, Binger said.

Using several videos, Binger walked through the course of events that night, from Rittenhouse's decision to go downtown, to the shooting of Rosenbaum, to the second set of shootings while he tried to flee. Jurors were paying close attention to the series of videos and images, according to a pool reporter in court.

Binger argued Rittenhouse provoked Rosenbaum by pointing a weapon at him before the man chased him. The prosecutor dismissed Rittenhouse's "cockamamie theory" that Rosenbaum -- who did not have anything in his hands when he was shot -- was going to take the teenager's gun and kill other people.

A series of witnesses testified during the trial Rosenbaum had acted erratically and earlier threatened Rittenhouse. But the prosecutor noted there was no video of any threat and questioned whether it really happened. Instead, Binger described the 5-foot-4-inch Rosenbaum as "a little dog" who was all bark and no bite.

In the second shooting incident, the crowd of people confronted Rittenhouse because they reasonably believed he was an active shooter, Binger said.

Rittenhouse, meanwhile, acted recklessly by loading his weapon with full metal jacket ammo capable of piercing armor and having little understanding of the weapon or the consequences of his actions, Binger argued.

"On the witness stand, he broke down crying about himself, not about anybody that he hurt that night," he said. "No remorse, no concern for anyone else."

In the defense's closing argument, Richards went through each witness's testimony and sought to establish reasonable doubt that his client acted criminally.

He said he had no doubt Rosenbaum -- whom he called "irrational and crazy" -- would have shot Rittenhouse if he had gotten the teenager's weapon.

"My client didn't shoot at anyone until he was chased and cornered," Richards said.

The second set of shootings came as Rittenhouse fell and was attacked by a "mob," Richards said. The attorney rejected the prosecution calling him an "active shooter."

"Kyle was not an active shooter. That is a buzzword the state wants to latch onto because it excuses the actions of that mob," he said.

Most of all, Richards emphasized that Rittenhouse did not have to take the stand at all but did so to tell jurors his experience that night, Richards said.

"We wanted to bring you our side of the story. We had nothing to hide," he said.

Rittenhouse, who lived in nearby Antioch, Illinois, worked near Kenosha as a lifeguard and his father lived in the city. Richards argued that the teenager had no master plan to provoke violence and simply wanted to help the people of Kenosha that night.

"When he came down here, are we to believe that he's working to clean up graffiti, not getting paid because he's here to look for trouble? Is it all some master plan? That's ridiculous. He came down here, trying to help to see the damage. That's what he did," he said.

The judge's dismissal of the misdemeanor charge was part of a debate over jury instructions and lesser offenses on Monday. That charge, possession of a dangerous weapon by a person under 18, was punishable by up to nine months in prison.

He is also charged with first-degree intentional homicide while using a dangerous weapon for the killing of Huber. It is the most severe charge Rittenhouse faces and the only charge that carries a mandatory sentence of life in prison.

Judge Schroeder gave jurors instructions on Monday for the lesser included offenses of second-degree intentional homicide and first-degree reckless homicide for Huber's death. Both lesser offenses are punishable by up to 60 years in prison.

The instructions to the jury Monday stretched for over an hour. Schroeder stopped midway through to discuss them with the attorneys further and noted how convoluted they are.

"They are certainly correct in what they say, I just think they are not clear," he said.

In a conference Friday about jury instructions, the judge told Rittenhouse presenting lesser offenses to the jury lowers the possibility of a second trial but increases the risk of a conviction. Schroeder explained if the prosecution is not able to establish Rittenhouse's guilt on the charged offense beyond a reasonable doubt, then the jury must acquit him.

The coming deliberations will be closely watched locally. Wisconsin Gov. Tony Evers announced 500 National Guard troops are on standby outside of Kenosha, ahead of a possible verdict.

No winners in Powerball drawing as jackpot grows to $610 million

Avenatti tripped up by Nike extortion claims, other charges