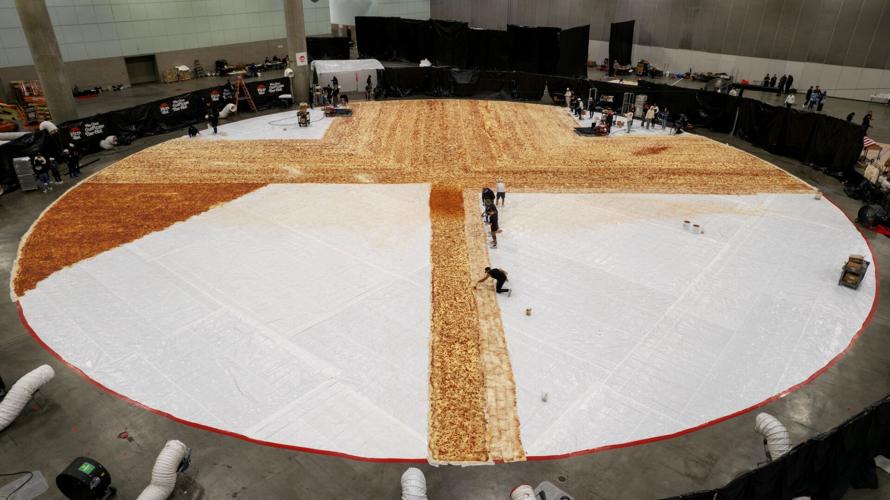 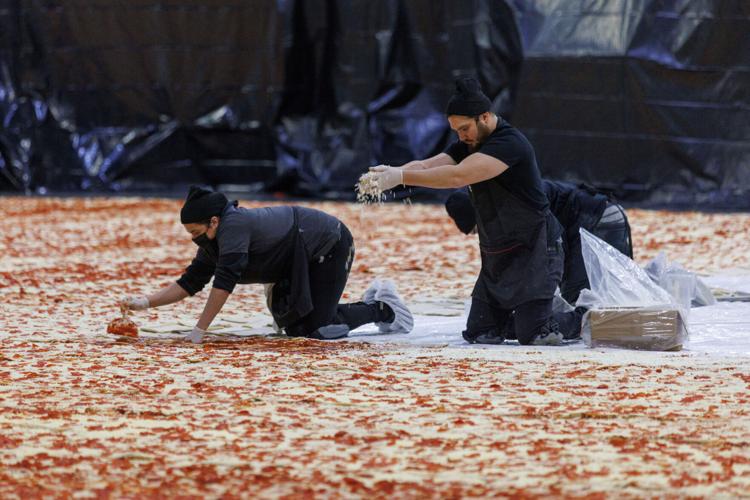 The massive pizza was assembled inside the Los Angeles Convention center.

The massive pizza was assembled inside the Los Angeles Convention center.

And you think you helped scarf down a really big pizza recently? You've got nothin' on this one.

When Pizza Hut decided to bring back its "big New Yorker" pizza -- a cheese and pepperoni pie with foldable slices designed to be eaten on the go in true Manhattan style -- the company wanted to find a way to celebrate the news.

So they went to the Los Angeles Convention Center, whose space would be big enough to hold a 13,990-square-foot pizza, with the aim of breaking Guinness World Record for the world's biggest pizza.

They went to work on the gigantic pizza on Wednesday. And on Friday, Pizza Hut sent out the official word: An onsite Guinness rep said it was indeed the world's biggest pizza.

How the pizza came together

To complete the enormous task, workers put down layers of dough first, tomato sauce were painted on, then toppings were added. Once everything was set, it was baked in pieces, according the the news release from Pizza Hut.

Pizza Hut's CEO, David Graves, told Reuters that the pizza would not go to waste -- as soon as the pizza was done and documented for Guinness, its 68,000 slices would be donated to local food banks.

The previous Guinness record for the world's largest pizza was set in 2012 by a group of Italian chefs. Their pizza was 1,261.65 square meters, gluten-free, and given the name Ottavia.

CNN's Forrest Brown contributed to an update to this article.

CDC monitors 6 people in US for possible rare monkeypox, says public 'should not be concerned'

US economy shrank at 4.8% rate last quarter as virus struck