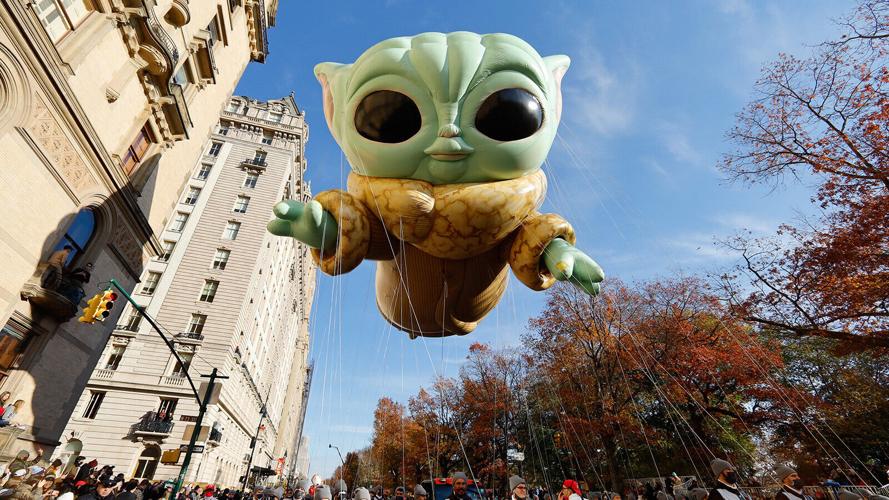 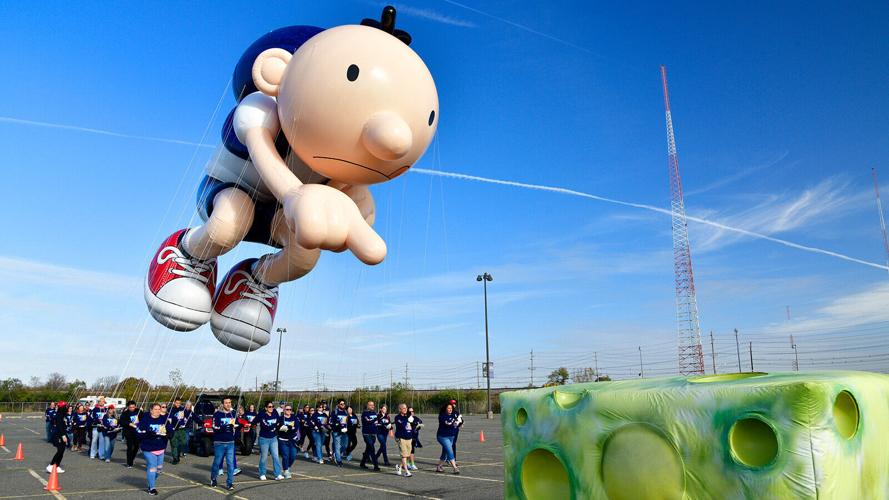 A "Diary of a Wimpy Kid" balloon makes a test flight on November 05, in East Rutherford, New Jersey. 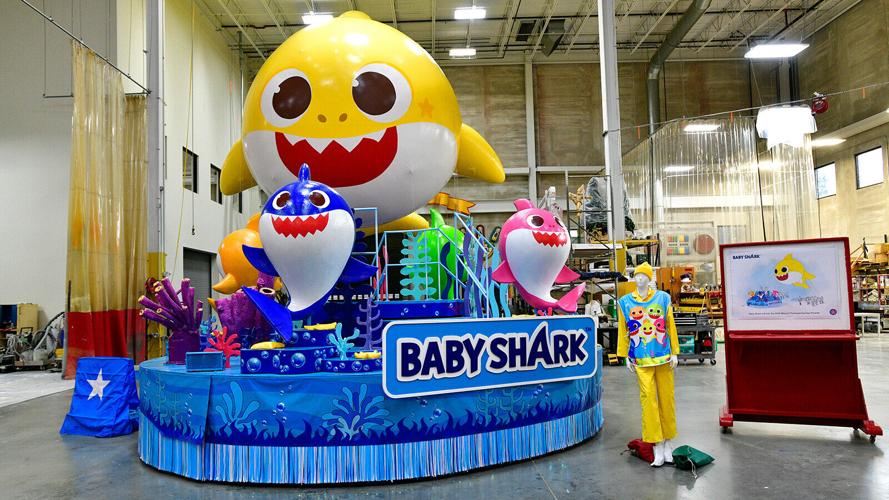 Baby Shark and family are making their parade debut in 2022.

A "Diary of a Wimpy Kid" balloon makes a test flight on November 05, in East Rutherford, New Jersey.

Baby Shark and family are making their parade debut in 2022.

The crowds will be out in force Thursday for the Macy's Thanksgiving Day Parade, a tradition dating back to 1924.

About three million spectators are expected to line the parade route to watch in person, organizers say, as the balloons, floats and marching bands make their way from the Upper West Side to Macy's flagship store at Herald Square.

Last year, after a TV-only event in 2020, organizers expected about 2.5 million spectators.

This year's event will feature 16 giant character balloons, 28 floats, 12 marching bands, a host of musical stars and more. Plus 700 clowns and Santa Claus, for good measure.

Spectators getting a jump on the big event can watch the balloons being inflated on Wednesday afternoon, November 23, on the Upper West Side. The preparations are open to the public from noon to 6 p.m. The area can only be accessed from West 72nd Street and Columbus Avenue.

There's another stretch of optimal viewing along 6th Avenue from West 59th to West 38th streets.

Restricted stretches to avoid run along 6th Avenue between West 34th and West 38th streets and on West 34th street between 6th and 7th avenues. Access is limited there by the national television broadcast.

Check out this map for the full route.

New York City should see a low around 40˚ F on Thanksgiving, with highs around 50. Sunny skies and light winds should prevail allowing for the famous Macy's Thanksgiving Day Parade balloons to fly high.

Most spectators will be watching the parade on TV. NBC is the official broadcaster for the parade, and coverage runs from 9 a.m. to noon in all time zones. It will also stream on Peacock.

Lea Michele and the cast of Broadway's "Funny Girl" are set to do an opening number with more Broadway performances from shows including "Some Like It Hot" and "The Lion King."

The parade can also be viewed via an array of streaming services that carry NBC.

There are four new giant balloons set to float along the parade route this year.

The pup Bluey -- who will be as tall as a four-story building -- is arriving from Australia, and Sinclair Oil's giant green Apatosaurus is back with a new baby dinosaur friend.

There's a new edition of Greg Heffley from "Diary of a Wimpy Kid." And Stuart the Minion will float along the route in imposing form -- as tall as a three-story building and as wide as six taxi cabs.

Five new floats will make their parade debut this year, including Baby Shark and family. Mommy Shark, Daddy Shark, Grandma Shark and Grandpa Shark will take the lead on a float with Baby Shark swimming behind in balloon form.

A float inspired by the adventure film "Slumberland" will also debut in the parade. Check the Macy's site more on the new and returning floats.

A dozen marching bands will be in the parade this year, hailing from cities across the country from Fresno, California, to Columbia, South Carolina, with one band coming all the way from Xalapa, Mexico.

Other things to know

The parade will cause rolling street closures and heavy traffic. Mass transit is encouraged.

"Anyone who sees suspicious activity should alert a police officer or call 911," the NYPD said in a media advisory. The department's terrorism hotline is 888-NYC-SAFE.

Macy's parade organizers said they worked closely with city and state officials to create a plan that would ensure the "health and safety of all participants."

2nd COVID-19 vaccine gets public review ahead of US decision

US Embassy in Kyiv asks State Dept. to authorize departure of nonessential personnel