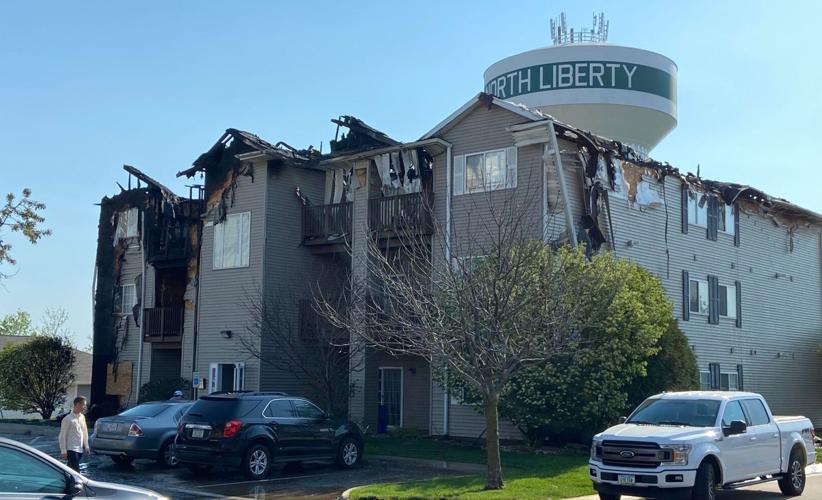 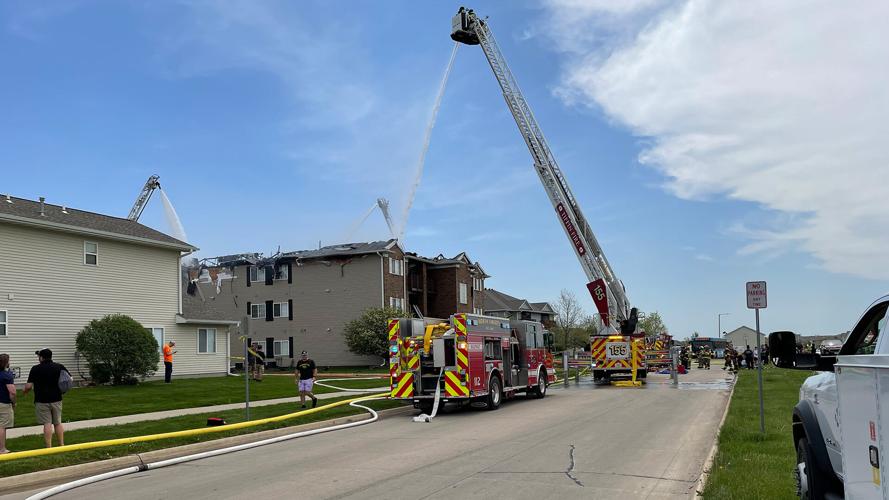 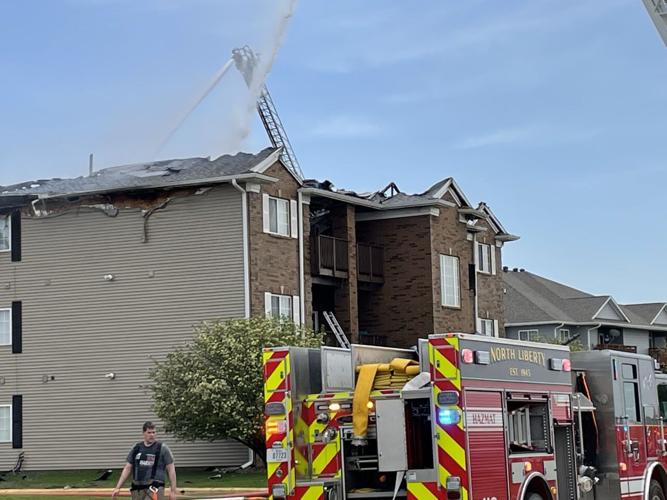 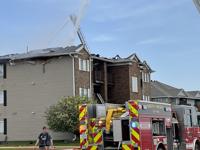 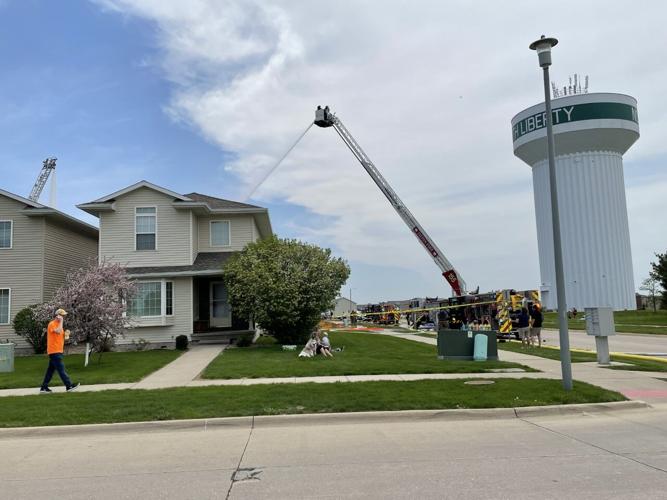 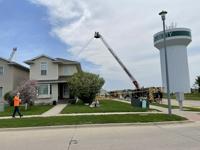 NORTH LIBERTY, Iowa (KWWL) - A man jumped from the third story of a North Liberty apartment complex that is likely a total loss after a large fire broke out on Friday afternoon.

North Liberty Fire crews responded to the complex at N Kansas Ave and Penn Ct., which has significant damage as the entire roof is missing and there's smoke damage all along the outside.

Officials say only one person was home at the time of the fire, out of a 12-unit building. Three dogs were in the building, but all of them made it out okay.

The person who jumped from the third floor had moderate injuries to their face and arms. Lanie Jamesson was him jump and rushed over to help.

“A man -ya know- breaks a window and is hanging on to the edge of the third story window and he drops," she said. "So, second I saw that, I ran out, got to his assistance, I was on the phone with the 911 operator. She was telling me the best things I could do at the time. Waited for the emergency services.”

The North Liberty Fire Chief said they felt "outmatched" by the fire and had to use aerial water cannons to suppress it. However, crews were able to get it under control in roughly 5-10 minutes.

Officials say that roughly 24 people have been displaced by the fire. The Red Cross says some of the residents have family to stay with and others are being put up in a hotel.

Crews continue to check the area for hot spots and the property managers are still seeing when people can get inside to check their units.

The Fire Chief says the building is a significant or total loss.