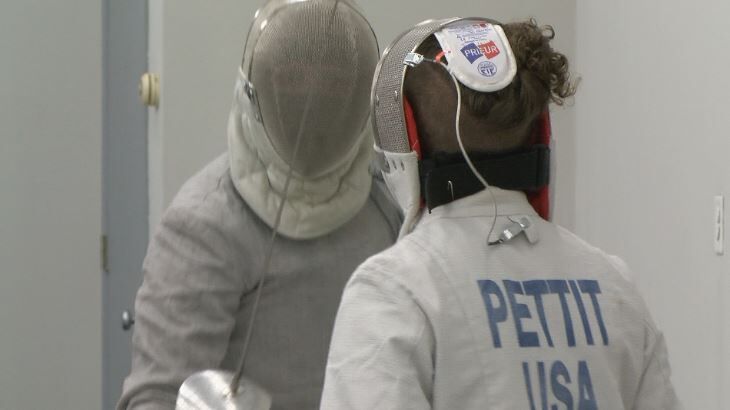 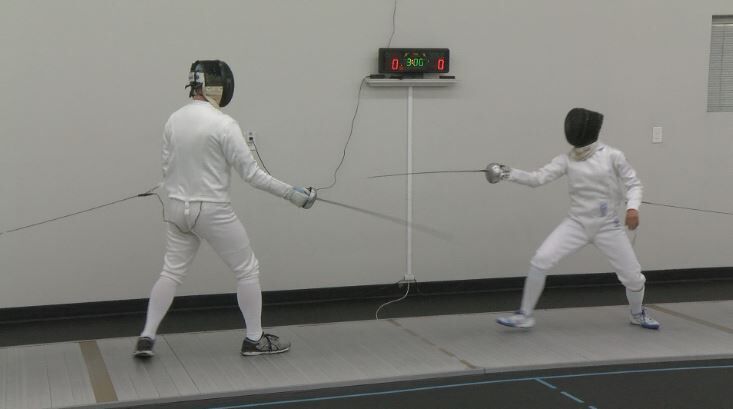 IOWA CITY, Iowa (KWWL) - One of the oldest and fastest sports in the Olympics is set to take center stage beginning Saturday.

The sport of fencing has roots dating back to the bronze age. The sport is one of five that is still in competition since the dawn of the modern Olympics in 1896.

The world-renown sport found roots right here in eastern Iowa around 2010. Coach Judy O'Donnell came to eastern Iowa after competing for the U.S. and coaching around the world. O'Donnell dedicated nearly 40 years of her life to the sport of fencing.

"The first opportunity I had was in college when I took a P.E. class and I absolutely loved it," O'Donnell said.

Upon O'Donnell's move to Iowa she was sought out to teach lessons.

"I could only have so many holes in my basement ceiling before I had to do something so I opened up Iowa City Fencing Center," O'Donnell said.

O'Donnell says serving as a teacher allows her to clear up misconceptions about the sport.

"Most people have never seen it, they don't really know anything about it," O'Donnell said. "They think we fence with sharp weapons which we do not. We never fence with anything sharp we like to fence with the same person more than once."

For fencer, Evan Decker, he's been competing in eastern Iowa for more than a decade.

"Fencing is here, it's not just something that's happening in New York, or San Francisco or anything like that it is available in the midwest," Decker said.

Decker says the Olympics is the grand stage for fencing and it brings newcomers to the sport.

"It's an entirely new level when the Olympics happen, being able to help introduce fencing to those who weren't aware of it, it's always exciting and fun," Decker said

Click here to check out the different weapons and rules of the sport of fencing.

You can watch Olympic fencing beginning on Saturday, July 23, 2021, right here on KWWL.