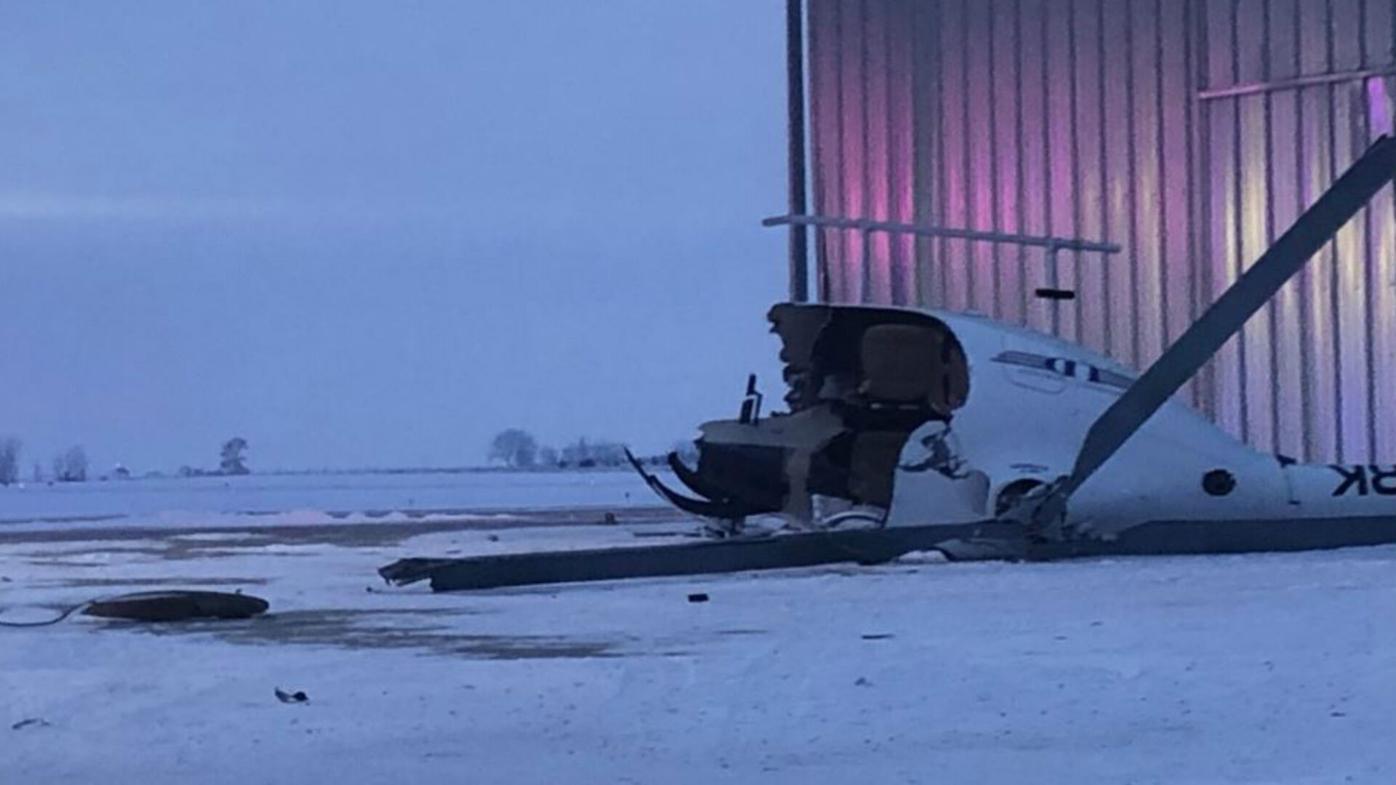 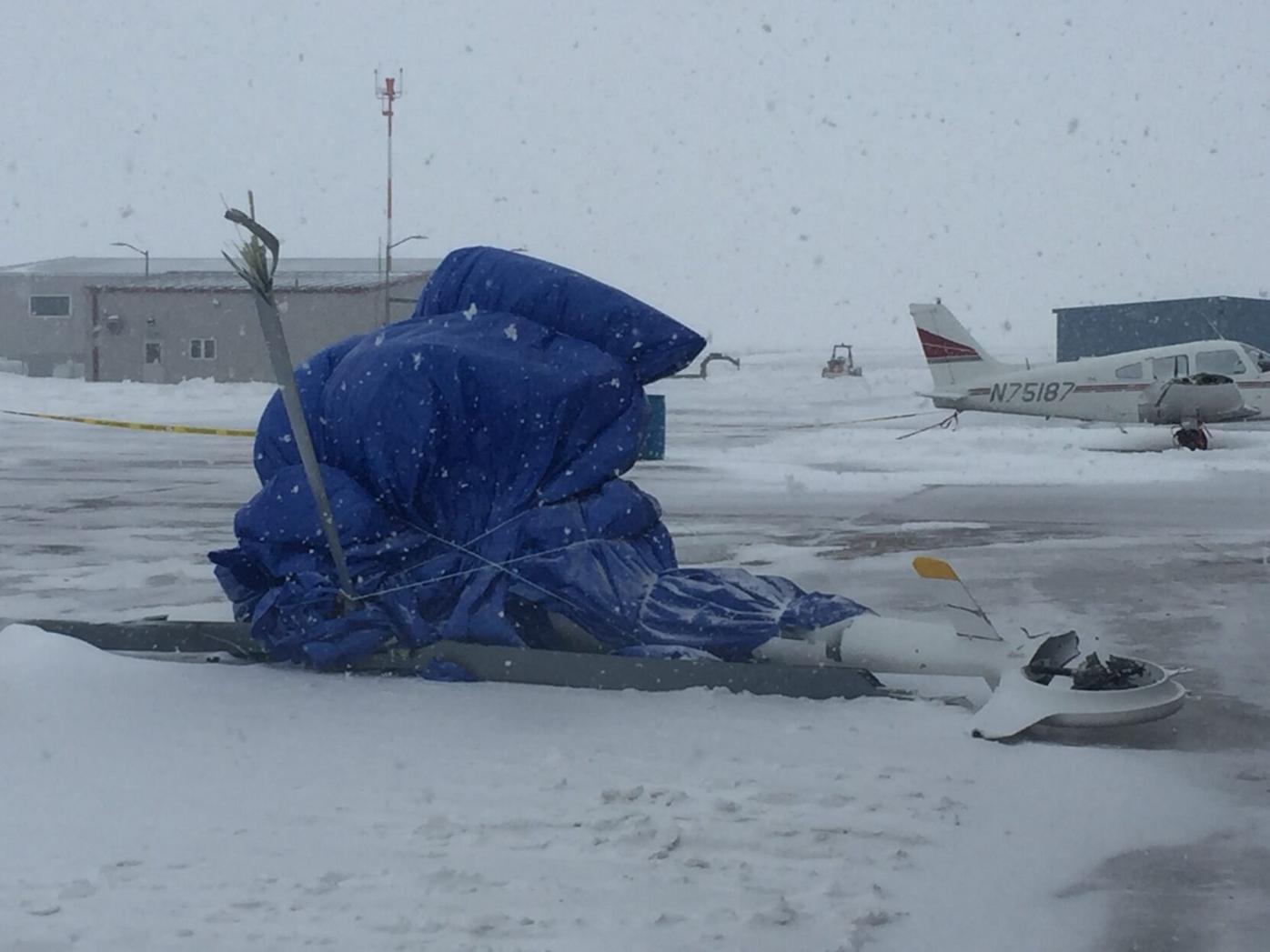 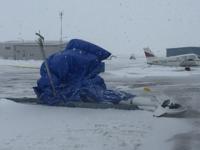 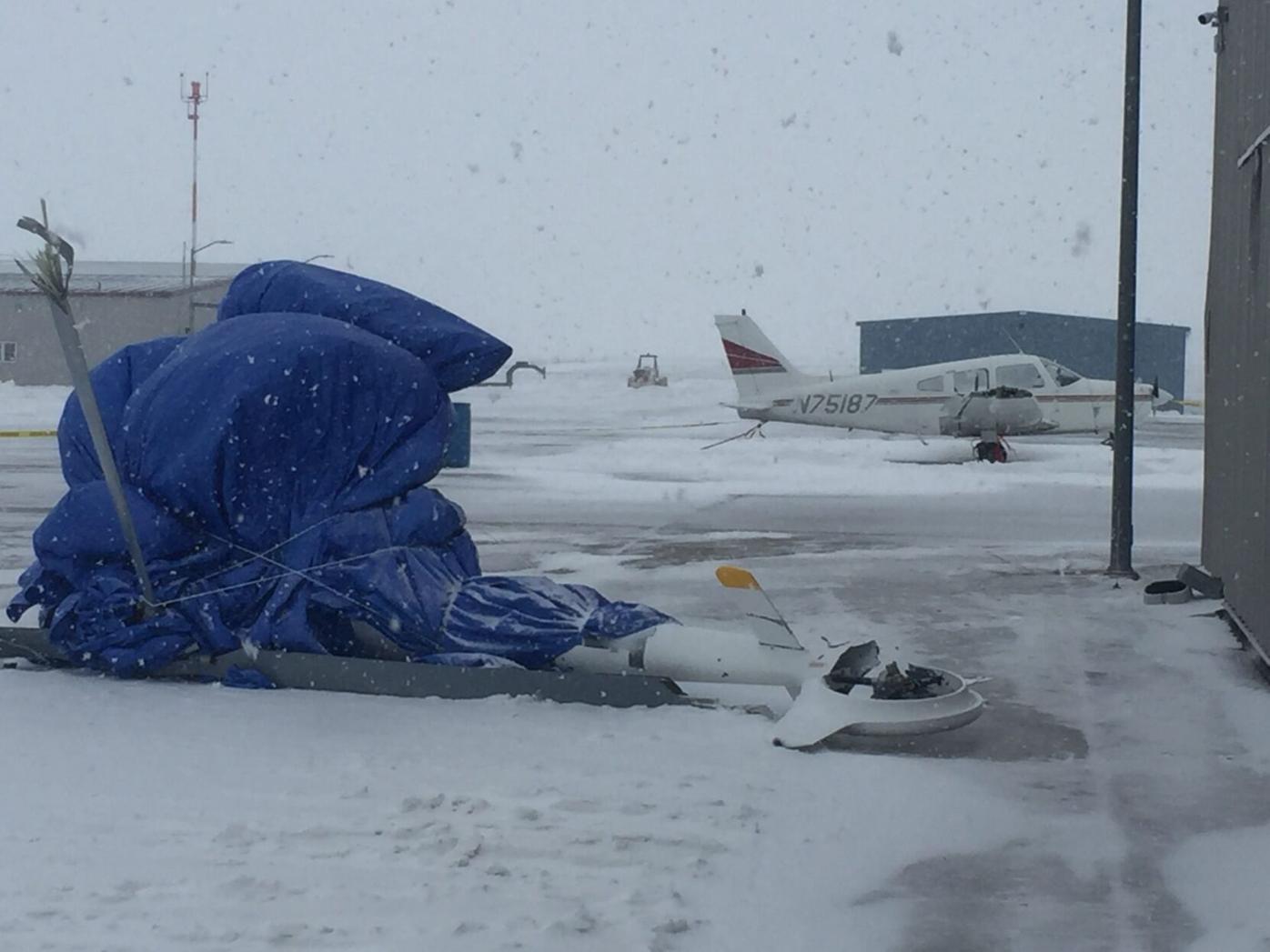 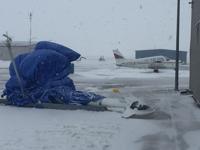 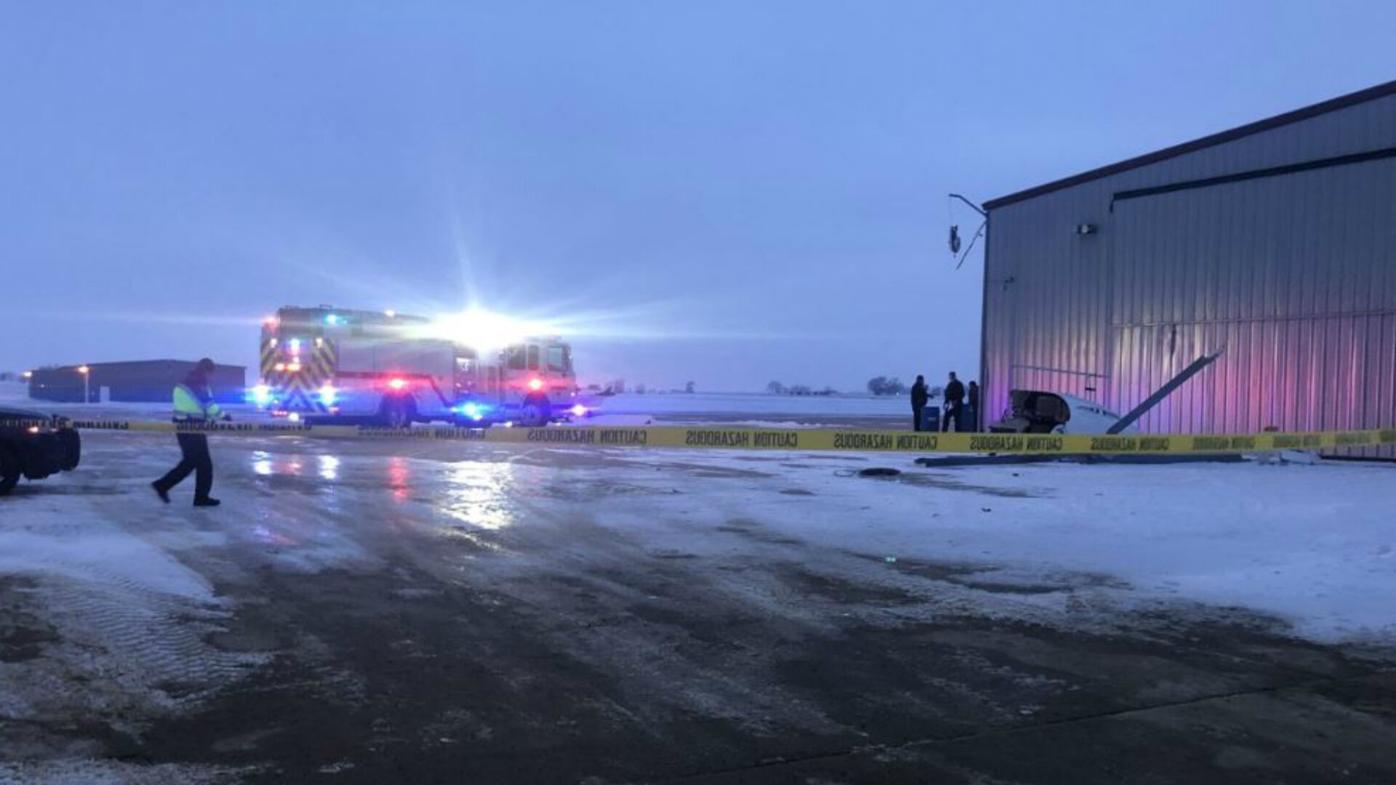 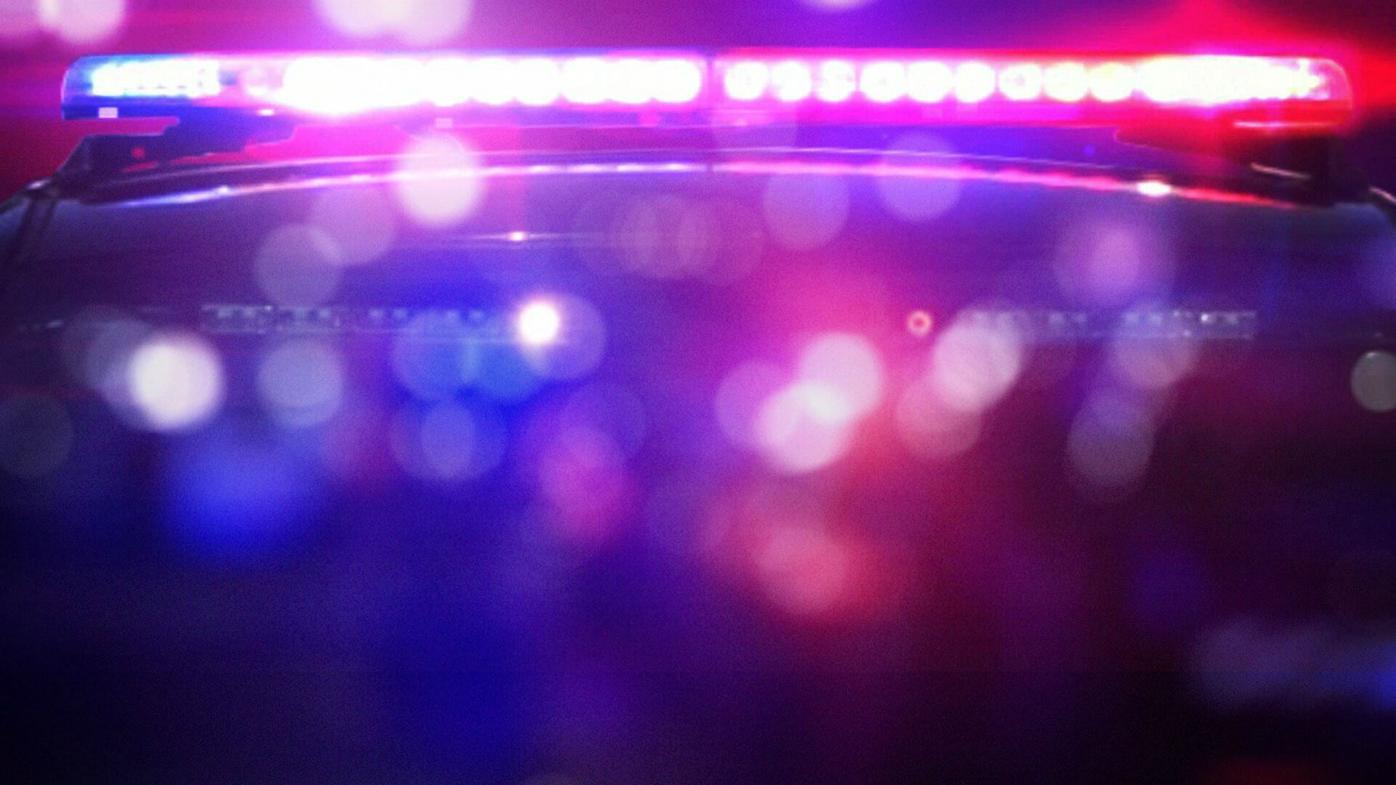 "We can confirm that one of our helicopters and a student pilot were involved in an incident on Tuesday, Jan. 21, in Independence, Iowa. The student received non-life-threatening injuries and is being treated for those injuries. Our thoughts are with the student and the student’s family. A counselor will be at the Ed Babka Aviation Learning Center to assist our students, flight instructors, and staff. The safety of our students and flight instructors is at the forefront of our aviation program. We are cooperating with the Federal Aviation Administration and National Transportation Safety Board as they review the incident."

Al Roder, Independence City Manager, said the investigation by the FAA has been delayed until Monday. Until their arrival and their start on the investigation, Roder said the city is in a holding pattern and doesn't know any more than they did following the crash Tuesday evening.

The crash scene has now been cordoned off with the wreckage being covered by a tarp and the tail number covered in tape.

P&N Flight and Charter is the Fixed Base Operator (FBO) at the Independence Municipal Airport. Cole Norton, President of P&N, said the crash has little impact on their operations in Independence. Norton added they are cooperating with investigators and helping in what ways they can.

Norton said the airport in Independence sees a lot of flight students. Being a less-busy and non-towered airport, the runway is ideal for training.

AirNav, a pilot information website, lists the Independence Airport as having an average of 25 flights per day. That is a number obtained from the 12 months of 2018, therefore higher numbers in the summer for crop dusting traffic would inflate daily numbers in winter. An estimated 58% of airport traffic is local general aviation. The rest is made up from transient aircraft, military operations and air taxi service.

UPDATE: The City of Independence Fire Department says one of the crash victims was taken to a hospital with undisclosed injuries.

UPDATE: The University of Dubuque has commented on the recent UD helicopter crash:

"The university can confirm that there was an incident involving one of our helicopters and a student pilot. While the incident is under investigation, we can confirm that the student has non-life-threatening injuries and is being treated for his injuries. We will release more information as it becomes available," Stacey Ortman, Director of Public Information, said.

UPDATE: It has been confirmed that one person was on board a helicopter that crashed at the Independence Municipal Airport.

Independence city manager Al Roder says they will review the security camera footage of the crash and the FAA has been informed of the incident but it is unknown when they’ll arrive at the scene.

The helicopter comes from the University of Dubuque, where the school has a pilot training program.

The condition of the victims in the crash is still unknown.

INDEPENDENCE, Iowa. (KWWL) - Authorities are on scene of a helicopter crash a the Independence Municipal Airport.

Firefighters were called to the airport around 4:30 p.m.

Two people were inside the helicopter at the time of the crash, both were taken to a hospital.

Right now, there's no word on their conditions.

We do know two hangars were damaged, but no one was inside at the time.

We have a KWWL crew on scene working to learn the latest.

Tune into the KWWL News at Six for the latest updates as we continue to follow this story closely.

“To honor & remember” A night of candlelight and prayer in Waterloo