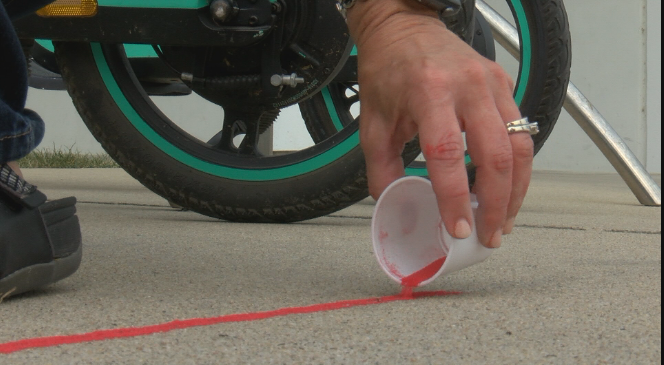 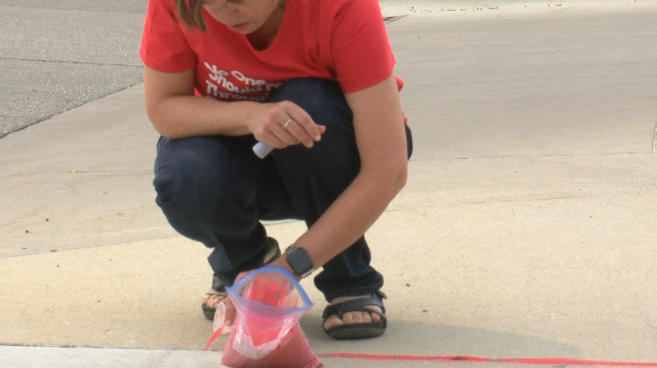 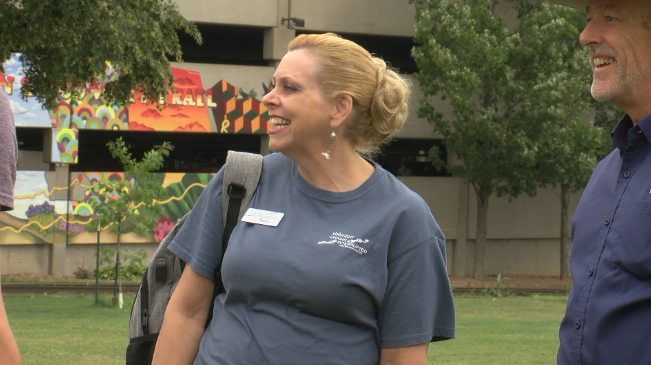 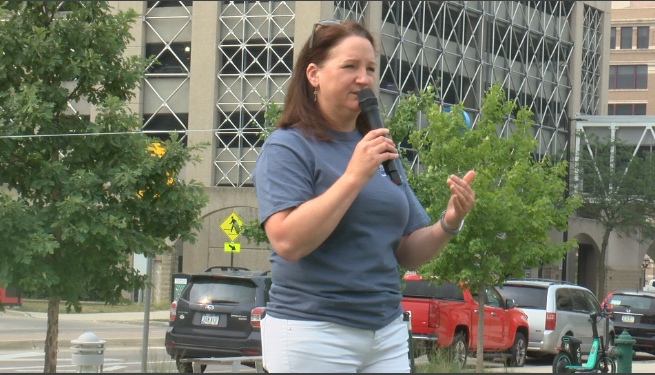 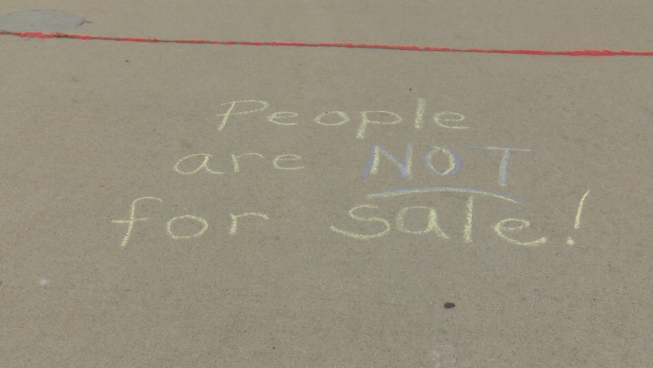 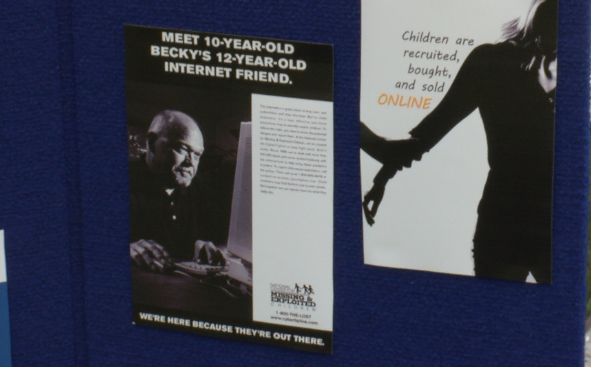 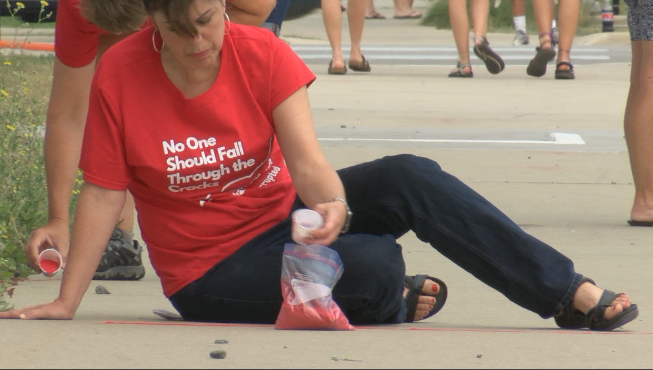 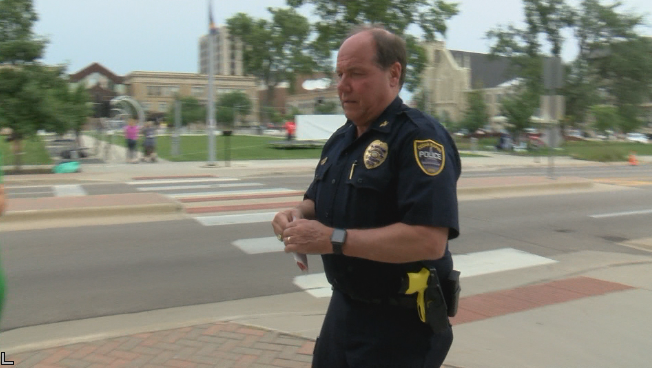 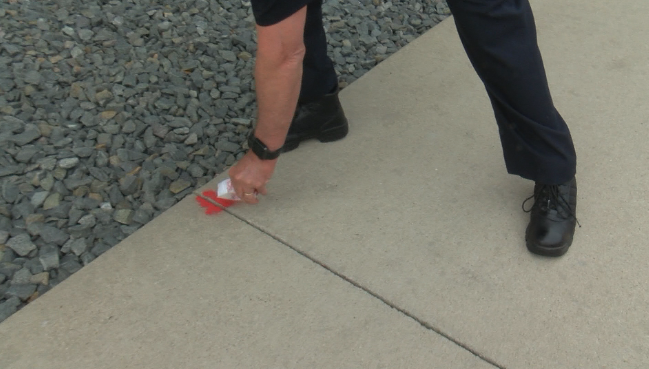 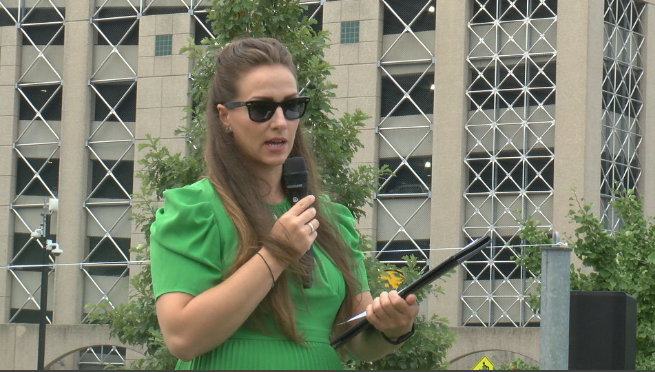 It's called the Red Sand Project and it's an interactive artwork installation that creates a visual experience to symbolize keeping people from falling through the cracks.

About 100 people came out on Friday to take part in the event. Some came as early as 8:00 in the morning.

Chains Interrupted put on the event to educate the community about the trappings of sex trafficking of children -- who are most vulnerable to sex traffickers.

Volunteers came to do their part to educate the community. They went out for blocks around Green Square Park, writing messages on the sidewalks and pouring red sand into the cracks.

Experts say only 2% of sex trafficking victims escape their traffickers and more than 40 million people are in slavery worldwide.

Chains Interrupted is a non-profit that fights sex trafficking primarily through education projects like this one.

It's founder, Teresa Davidson, was appointed by President Trump in 2018 to be a member of the Public Private Partnership Advisory Council to End Human Trafficking. Attempts by Congress to renew this Council have been unsuccessful and it wasn't renewed under the Biden administration.

Travel in and outside of Iowa is picking up

Preparing your car for the drop in temperatures