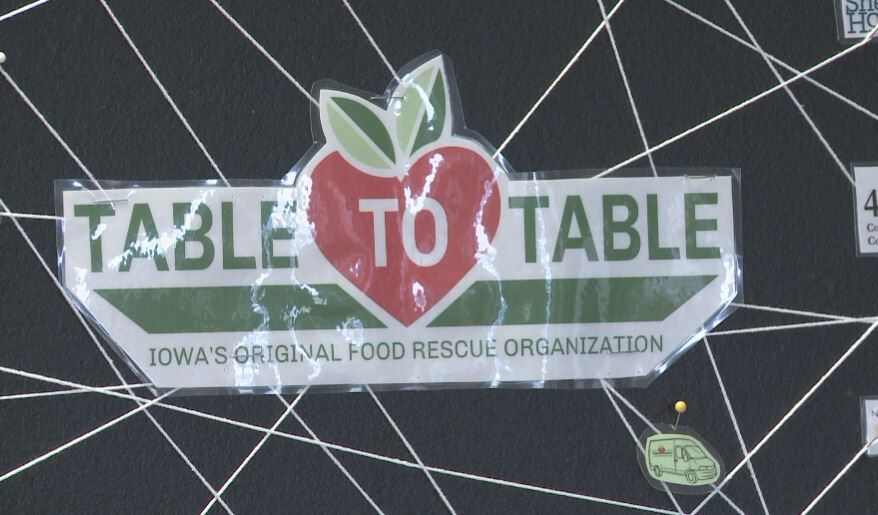 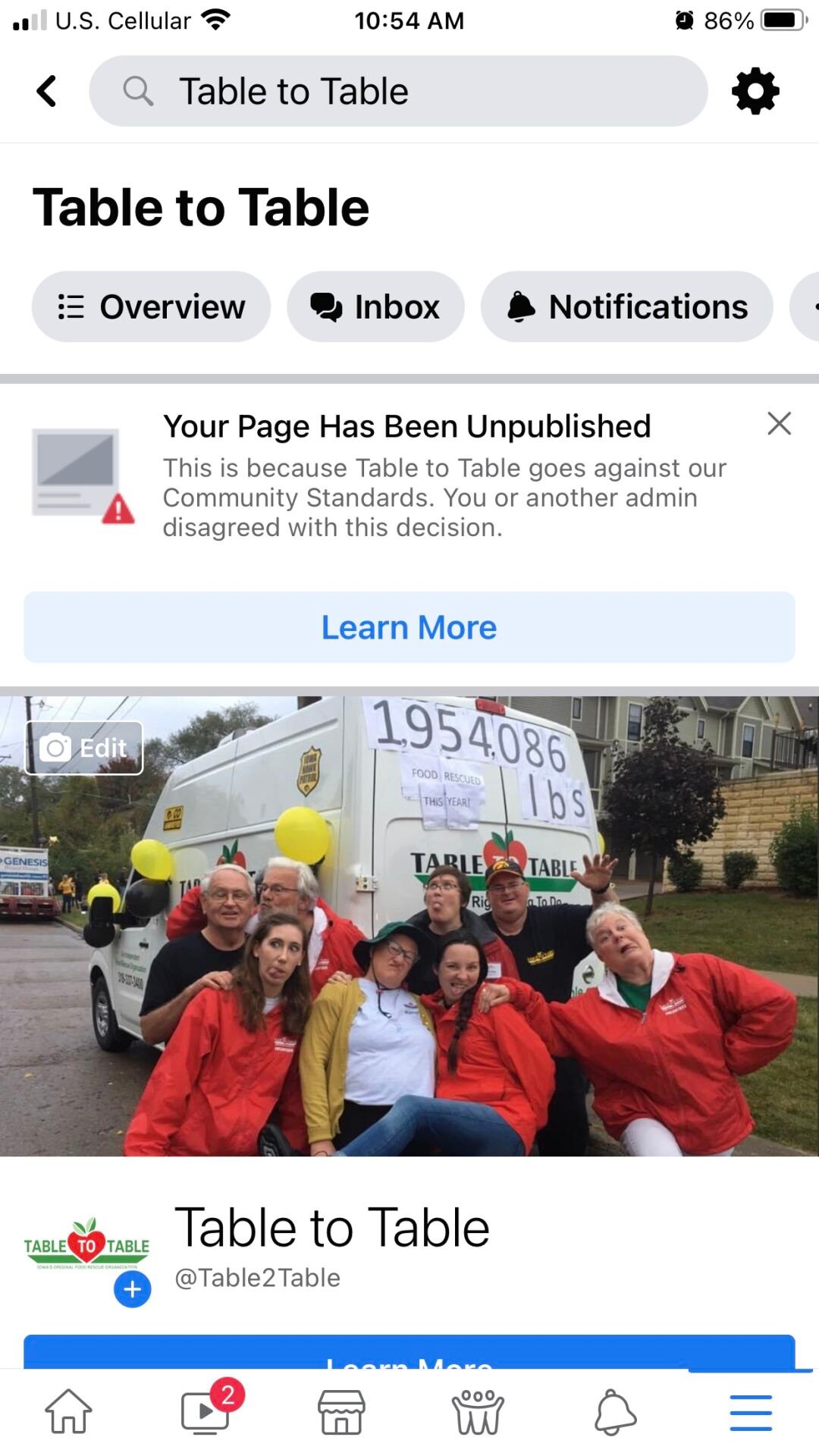 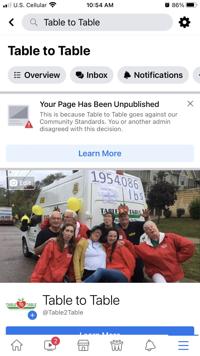 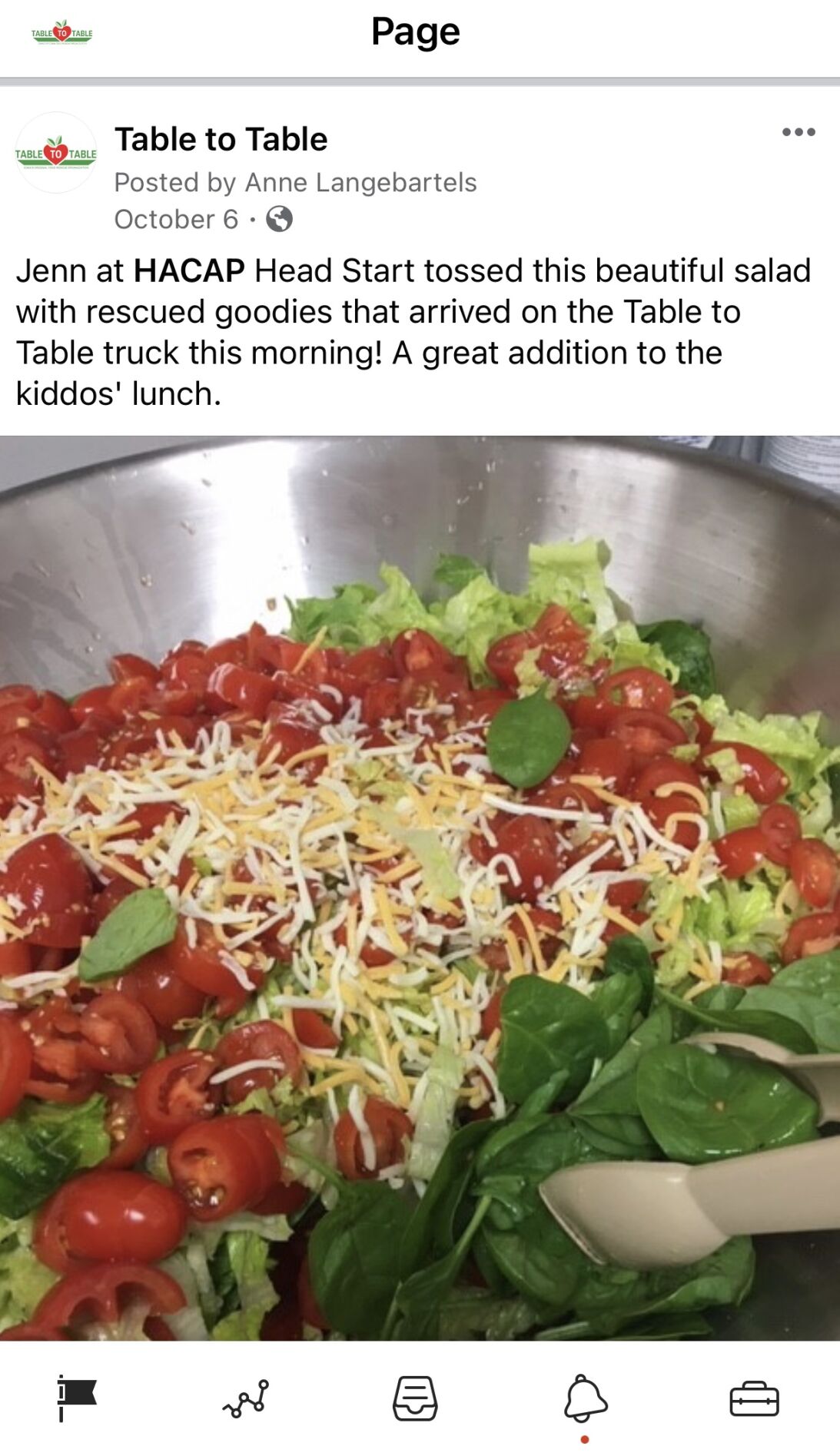 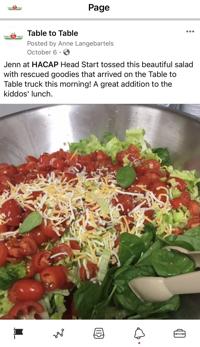 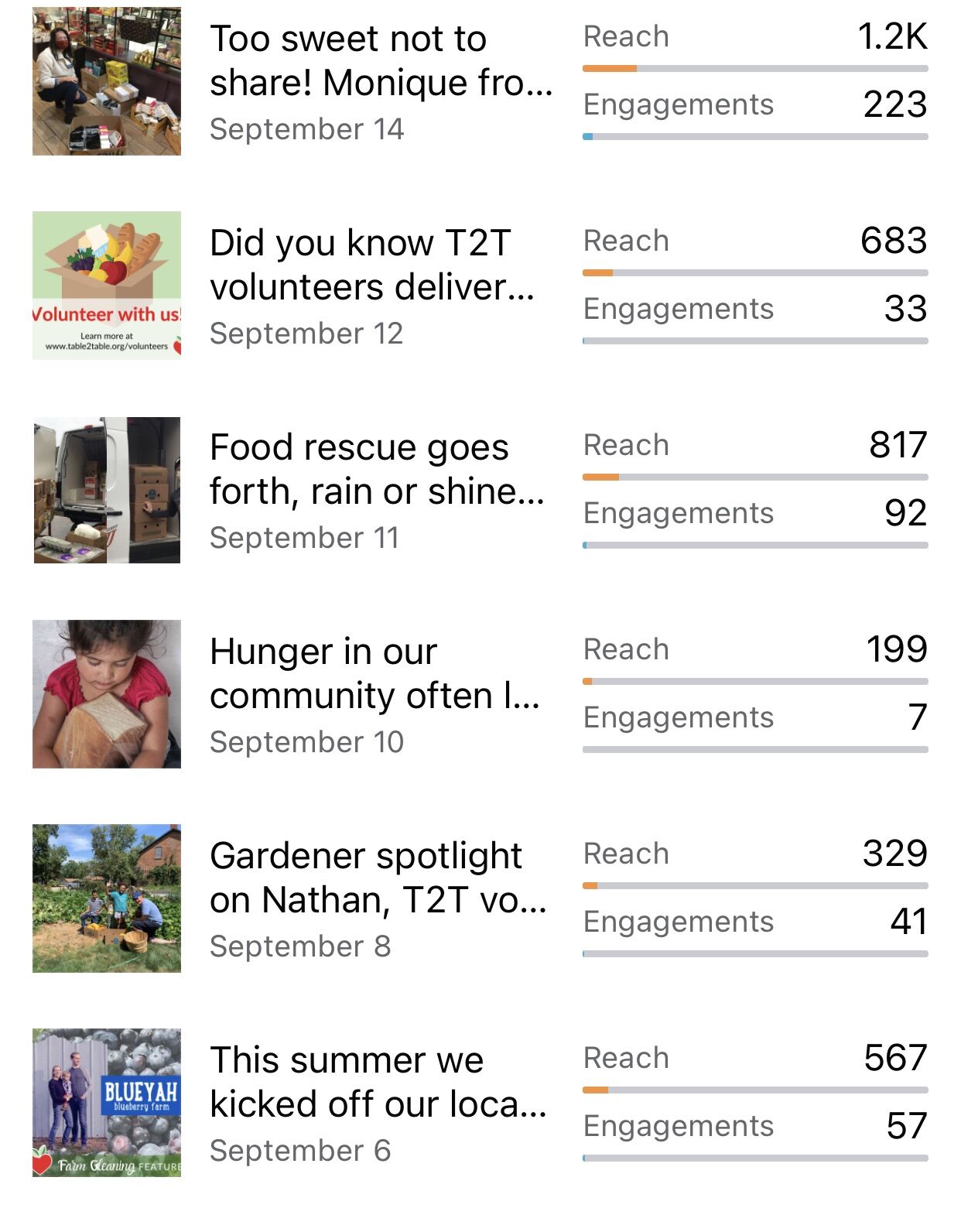 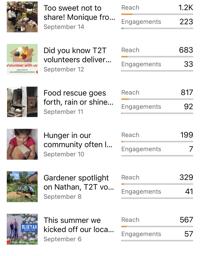 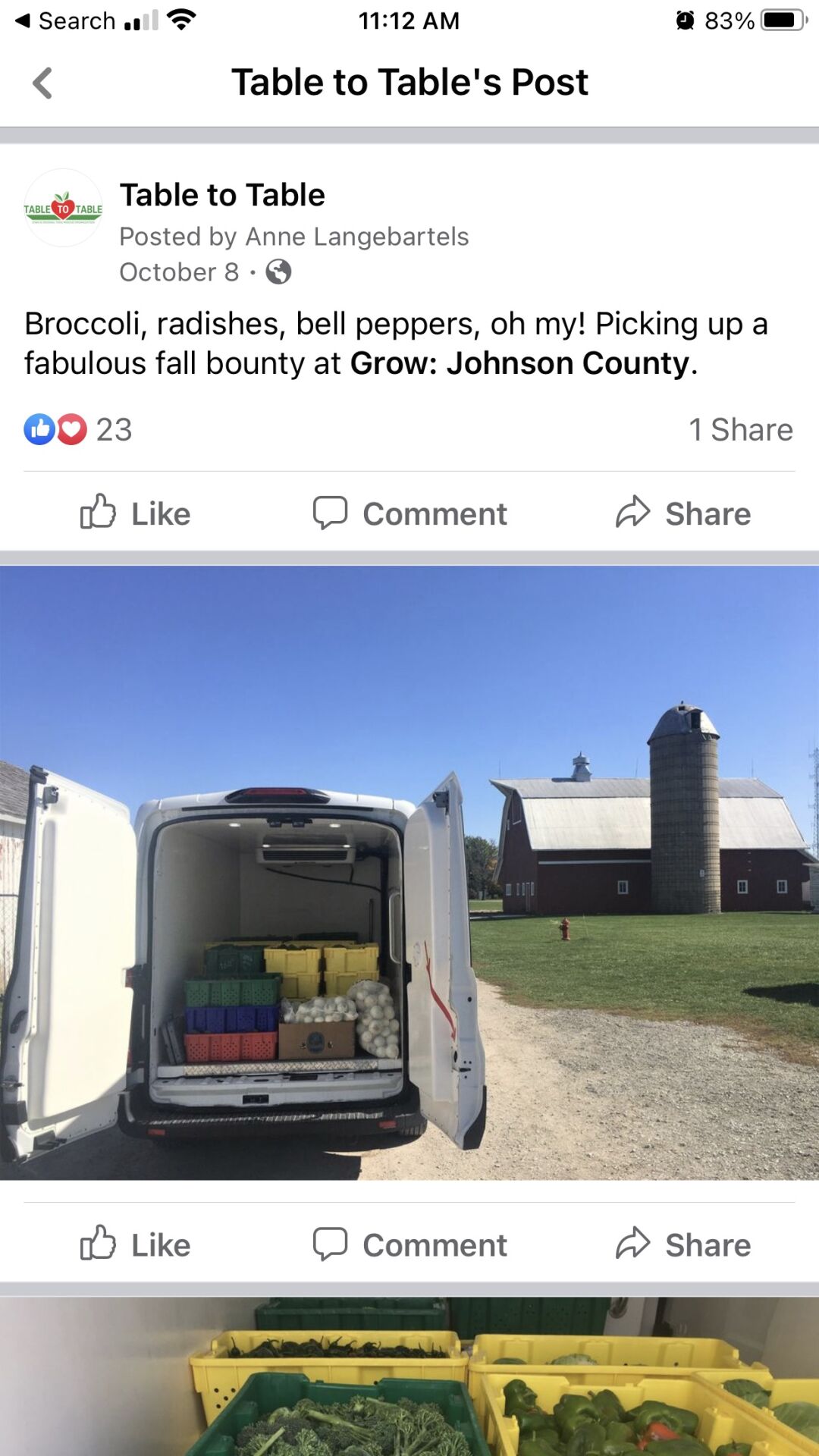 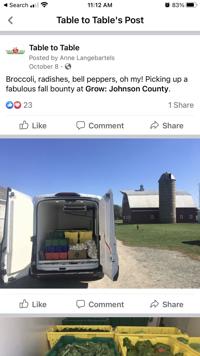 "Really we have no idea, and I doubt we may ever find out," said Executive Director Nikki Ross when asked if she knew why this happened.

A few weeks ago, the group logged into their social media to find a notification from Facebook that read "Your page has been unpublished." The social media giant saying that the organization had violated its community standards.

"It's been down long enough that we're starting to see the impact," Ross said.

Since the page take down, Ross has seen fewer donations since Facebook is where the majority of their fundraising occurs.

While the page has been down for weeks, Ross worries about what they could miss out on during Giving Tuesday. Last year, Table 2 Table raised about $5,000 in that one day.

So far, Facebook has not responded to the group's request for review but an automated response did show that review staff at Facebook had been reduced due to the pandemic.

The unpublishing has proven difficult to reverse: Facebook did not provide a specific reason for taking the page down and, after more than a month, has still not reviewed T2T’s appeal for the page to be republished. The page unpublishing is believed to be simply an error: the unpublishing reason given by Facebook was “violating Facebook’s Community Standards,” but none of the information T2T has posted has violated these standards. Posts shared on the page are updates on local hunger relief efforts and stories that support the social service network in our community.

Staff consists of 4 full-time employees and one part time. Ross says they're simply not large enough to drop everything to fix the issue like a large business would.

"Becasue we're so small, even though it is as important to us as it would be for a bigger business, we just haven't been able to do that," Ross said. "We can't drop everything and do that."

Their focus, instead, lies on collecting food and redirecting it to those in need. In order to get the word out for donations, in the meantime, they've resorted to email.

"Not everybody who follows us on Facebook is in our email so actually we're probably not reaching the people who care the most that our Facebook page is gone," Ross said.

Interestingly enough, they're not the first group this has happened to. Ross found a handful of articles that detailed a similar occurrence. One of the stranger one was about "sexually overt" onions in which Facebook's algorithm likely mistook the vegetable for a photo of a nude person. Facebook apologized for that incident.

"It may be awhile before we get it back, or maybe we'll make a new Facebook page, but in the interim we need our supporters to share things on our behalf," Ross said.

Ross fears that creating a new Facebook page could make things worse if, for some reason, they did violate community standards or if the page is removed in error again. Making a new page could prompt a second violation which could lengthen their ban.

More information on Table 2 Table can be found here.

For more details on food insecurity in Iowa, click here.