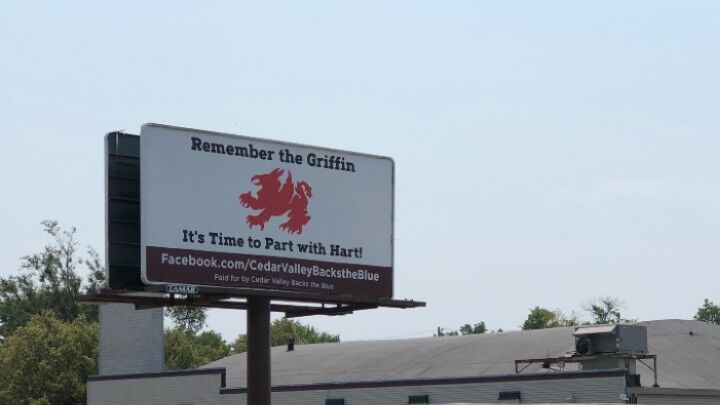 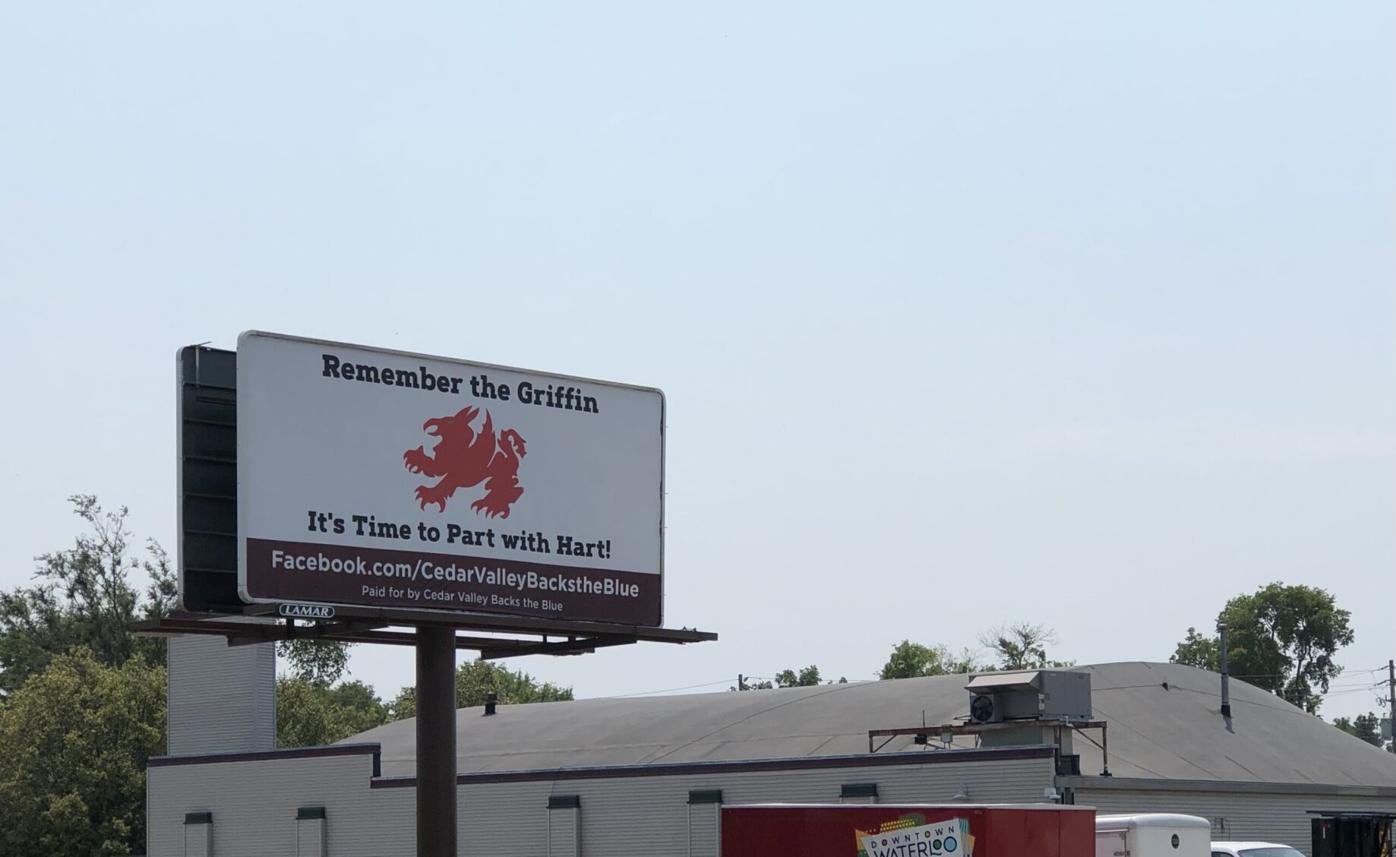 WATERLOO, Iowa (KWWL) -- New billboards are up in Waterloo from Cedar Valley Backs the Blue, supporting the former logo of the Waterloo Police Department and targeting Mayor Quentin Hart.

One billboard is located on Franklin St. in between 6th and 7th St. less than a block away from the Waterloo Police station.

The top of the billboard says "Remember the Griffin," with the controversial griffin logo underneath. The griffin drew years of criticism for being too similar to a Ku Klux Klan symbol.

In May, the Waterloo City Council approved the new and current logo, and the griffin logo was removed from department vehicles and uniforms in June.

Below the griffin, the billboard says "It's time to Part with Hart!" referencing Mayor Hart. The Cedar Valley Backs the Blue group has been vocal opponents of the mayor and his policies as well as opponents of Waterloo Police Chief Joel Fitzgerald.

The billboard says it's paid for by the group, which has been an advocate for the griffin symbol and against change in the police department.

The Facebook group made the announcement on Monday, sharing photos of other billboards in Waterloo that the group has funded. One says "Radical Mayor. Burnt out police. Homicides. Sounds like Chicago? Think again." The other says "Support Waterloo's Finest" with the hashtag #longlivethegriffin.

Trump seeks billions for NASA to land on moon by 2024