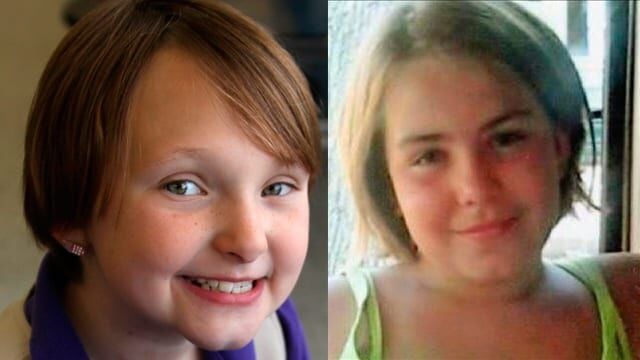 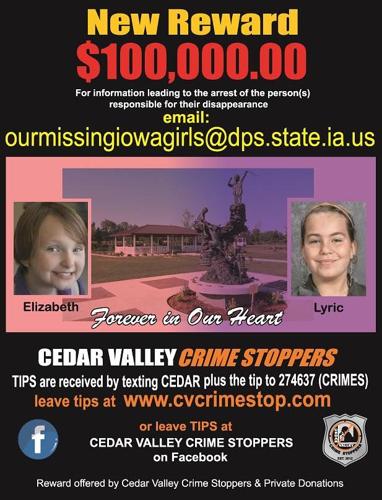 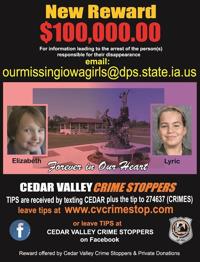 BLACK HAWK COUNTY, Iowa (KWWL) -- The reward for information regarding the murder of two Evansdale cousins rose to $100,000 Tuesday.

Tuesday marks 9 years exactly since the Lyric Cook-Morrissey and Elizabeth Collins disappeared while on a bike ride in Evansdale. Their bodies were found 5 months later in rural Bremer County. No arrests have been made.

Cedar Valley Crimestoppers announced the rise in the reward on Facebook Tuesday, asking for tips that will lead to the arrest of whoever is responsible for what happened to the girls.

During the annual memorial ride held in the girls' honor on Saturday, Drew Collins, Elizabeth's father, announced an anonymous donation of $25,000 which brought the reward to $75,000 at the time.

Tips can be sent to: ourmissingiowagirls@dps.state.ia.us or by texting CEDAR plus the tip to 274637 (CRIMES)

TRACKING: Breezy but pleasant next couple of days